A new rule finalized by the Department of Homeland Security (DHS) “allows our government to discriminate against individuals based on their health status,” according to a statement released by the American Heart Association (AHA) in a press release.

Used as a term by US immigration officials, “public charge” refers to a person who is considered primarily dependent on the government by receiving public cash assistance or institutionalization for long-term care at government expense. Forms of government assistance include Medicaid, Supplemental Nutrition Assistance Program (SNAP), and housing benefits.

According to the AHA, altering the public charge interpretation to include programs that provide health care to individuals with low income and meals for those who are food insecure will drastically increase the scope of people considered for a public charge.

The AHA contends that implementing this rule will harm the health and well-being of immigrants, their families, and the communities in which they reside, and that the ripple effect could be substantial and cause legal immigrants to avoid accessing programs for themselves and their families out of fear.

“We have long advocated for policies that support and encourage everyone, including immigrants and their families, to have access to affordable, quality health insurance and nutritious foods,” wrote the AHA in their statement. “Benefits programs such as Medicaid, Medicare, SNAP, and Section 8 were developed to help vulnerable American citizens and legal immigrants obtain housing, nutrition, and healthcare they otherwise would not be able to afford.”

“We continue to oppose this change to public charge policy,” they concluded. “The restrictions it places on access to critical support services, and the health consequences that will occur as a result, are short-sighted and not in our nation’s long-term best interest.” 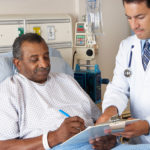 Payment to Research Participants Can Be Coercive Without Violating Consent