Zoom fatigue is not only a real phenomenon, it appears to affect more women than men, primarily due to a symptom called mirror anxiety. Daily usage and longer meetings appear to exacerbate Zoom fatigue, a recent study in SSRN shows.

Zoom fatigue isn’t Zoom-specific. It’s a feeling of exhaustion associated with use of videoconferencing tools like Zoom. The fatigue is presumed to be caused by the complex spatial dynamics that take place in video calls and/or by the additional cognitive load these calls require.

Specifically, the researchers looked at feelings of mirror anxiety, being physically trapped, hyper-gaze from a grid of staring faces, and the cognitive load from producing and interpreting nonverbal cues.

Limitations of this study include that the sample is not representative of the population. Also, because participants were recruited via social media, word of mouth, and news media outlets, they may have already had an interest in the topic. Reliance on self-report measures is another limitation.

“As the population returns to increasingly hybrid workspaces, it is important to study video conferences in comparison to face-to-face or phone meetings to uncover the benefits and drawbacks of each of these meeting types,” the researchers concluded.

“The longitudinal aspects of Zoom fatigue have not been explored yet and following individuals’ Zoom fatigue during a working week would provide insight into how Zoom fatigue accumulates and dissipates over time, which would provide important information for organizing video conferencing schedules.” 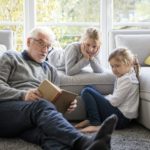