If you haven’t yet heard about Zika virus, you’re going to start seeing it more often in the headlines. On Monday, February 1, 2016, the World Health Organization (WHO) declared the disease an international crisis, and the next day it was reported that Zika virus was transmitted for the first time within the United States through sexual transmission. In addition, new reports of Zika virus appearing in other countries for the first time are being announced every day.

What exactly is Zika virus?

Zika virus is an arbovirus, meaning that it is transmitted via certain arthropods, specifically mosquitoes. It is similar to dengue and chikungunya, which are transmitted in the same fashion. These viruses share the same genus, flavivirus. Zika virus can also be transmitted from human to mosquito, resulting in the virus being spread more rapidly, especially in areas where there are higher concentrations of mosquitoes.
Continue Reading
Is Zika virus in the United States?

On Tuesday, February 2, 2016, the first known case of Zika virus transmission in the United States was reported in Texas, where—in a new development—local health officials said it was contracted via sex rather than a mosquito bite. The Dallas County Health and Human Services Department said that a patient had fallen ill with Zika virus after having sex with someone who had recently returned from Venezuela where the disease is currently being spread. The US Centers for Disease Control and Prevention (CDC) has since confirmed that the patient had not traveled abroad and contracted the virus on US soil. The case is being further investigated.

Prior to this case, there have been only 2 documented cases linking Zika virus to sex. The first case occurred in 2008 when a Colorado microbiologist contracted the disease after traveling to Senegal. His wife became infected a few days later, even though she had not left the state, nor was she exposed to any mosquitoes with the virus. Then, during the 2013 outbreak in French Polynesia, semen and urine samples tested positive for Zika, although blood samples did not.

Where did it come from?

The virus gets its name from the Zika Forest of Uganda, where the virus was first isolated in 1947. Since then, it has been known to occur within a narrow strip of land along the equator from Africa to Asia. However, in 2014 the virus spread across the Pacific Ocean to French Polynesia, then to Easter Island. In 2015 it spread further to Mexico, Central America, the Caribbean, and South America, where the outbreak has reached pandemic levels. It has since spread to more than 30 countries, and the WHO estimates that 3 to 4 million people across the Americas will become infected within the next year.

What are the symptoms?

The most common symptoms of Zika virus are fever, rash, joint pain, and conjunctivitis. Symptoms are usually mild, lasting from several days to a week. Hospitalization from the disease is uncommon and death is rare. However, there is growing concern after an outbreak in Brazil led to reports of pregnant women infected with Zika giving birth to babies with birth defects and poor pregnancy outcomes. The virus is specifically linked to microcephaly, a condition in which babies are born with abnormally small heads and improperly developed brains. However, the link between Zika virus and birth defects needs to be further studied. The virus has also been connected to Guillain-Barré syndrome, which can lead to paralysis.

Is there a vaccine?

Although there is currently no vaccine for the virus, development is underway. However, testing and approval of a vaccine is particularly challenging due to the need to protect pregnant women from experimental therapies and the fact that many people with Zika are asymptomatic.

How is Zika virus treated?

Patients with Zika virus are advised to get plenty of rest and drink lots of fluids. They should avoid taking aspirin and other nonsteroidal anti-inflammatory drugs; instead, acetaminophen should be used to relieve fever and pain.

The CDC has issued a level-2 travel notice for people traveling to countries where Zika virus transmission is ongoing and has warned pregnant women to stay away from those areas as a precaution. Local health officials in affected areas are also advising female citizens against becoming pregnant for the time being. 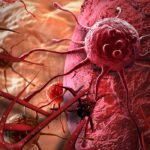