Although ultraviolet (UV) radiation damage and clock-like mutations associated with cell division contribute to melanoma risk, sex, and age may represent the final mutational composition of skin cancer, according to study research published in the British Journal of Dermatology.

The study relied on somatic mutation calls from The Cancer Genome Atlas (TCGA) Mutation Annotation Format of the whole-exome sequences of the Skin Cutaneous Melanoma (SKCM) cohort. Samples were classified by their mutations in BRAF with V600 mutations, NRAS, or NF1. Mathematical modeling was performed to explain age-related (clock-like) somatic mutations generated during cell division and how mutations caused by UV radiation accumulate in cancer genomes.

According to their mathematical modeling, the investigators found that the types of mutations in melanoma differ in both magnitude and chronology. Also, mutation types differed by sex in the distinct molecular melanoma subtypes. Sex and age were found to be clear determinants of cellular mutation rate and primarily contributed to the final mutation composition. The modeling also described that melanoma genomes corresponded with declines in cell division during aging. In addition, clock-like mutations correlated with UV-induced mutations.

Men were shown to possess a greater number and higher rate of cell-division-linked mutations compared with women, according to analyses adjusted for age and several different relevant clinical covariates. A higher number of Signature 1 mutations per age were observed in men (P <.01). In a multivariate negative binomial regression analysis, sex was found to affect the rate of mutation accumulation (P <.001).

A limitation of this analysis was that it was restricted to a single melanoma cohort, but despite this limitation, the investigators wrote that their study “supports the rationale for using the mutational processes, together with age and sex, to stratify patients for novel immunotherapy trials, as well as to inform public health prevention and diagnostic campaigns.” 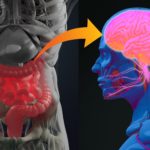 The Relationship Between Gut Microbiota and Neurodegenerative Disorders