In a new issue of JAMA, the US Preventive Services Task Force (USPSTF) published their update on the 2013 recommendations for screening for intimate partner violence (IPV), elder abuse, and abuse of vulnerable adults. The new recommendations are based on recent evidentiary findings.

The USPSTF found a moderate net benefit associated with screening for IPV in women of reproductive age. In addition, the data suggest women who screen positive for IPV should be referred to ongoing support services. No studies were found to support the benefit of screening for IPV in men and inadequate evidence was found to suggest harms associated with screening or IPV interventions. In addition, adequate evidence was found to support the utility of available instruments for detecting IPV in women.

Brief interventions or the prevention of access to information regarding referral options without ongoing supportive interventions was not deemed an effective approach for IPV based on the current literature. The majority of studies demonstrating a benefit of ongoing supportive interventions for IPV, however, mostly included pregnant or postpartum women, thereby potentially limiting the generalizability of these recommendations. In addition, current evidence shows that there is uncertainty regarding the benefits and harms of elder abuse screening, as well as screening for abuse of vulnerable adults.

The USPSTF noted that in addition to the immediate effects of IPV, there appear to be additional long-term health consequences, such as the “development of mental health conditions such as depression, posttraumatic stress disorder, anxiety disorders, substance abuse, and suicidal behavior; sexually transmitted infections; unintended pregnancy; and chronic pain and other disabilities.”

Evidence review resulted in “inadequate evidence” that screening for or early detection of elder abuse or abuse of vulnerable adult populations “reduces exposure to abuse, physical or mental harms, or mortality in older women or vulnerable adults,” concluding that more research is needed. 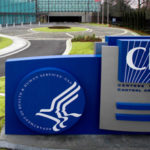