New polices, including testing for hepatitis C virus (HCV) during pregnancy, may increase HCV identification in the pediatric population by addressing gaps in maternal HCV testing, according to results of a study published in Open Forum Infectious Diseases.

In the United States, HCV transmission dynamics have been substantially changed due to the changed demographics of the population with chronic HCV as a result of the current opioid epidemic. From 2004 to 2014, there has been a 4-fold increase in the rate of acute HCV infection among women, predominantly those between ages of 18 and 39 years. This increase is largely due to injection drug use, with >75% of infections reported citing injection drug use.

As a result of the increase of HCV infection among women of childbearing age, there is an increased risk for infection in infants through viral transmission during pregnancy. However, significant challenges prevent many children with HCV from being identified, including the roughly 50% of adults with chronic HCV infection who are unaware of their status. Moreover, less than half of women in the state of Ohio with past or present HCV infection had medical records that indicated they received HCV-tested during pregnancy.

Despite recommendations to test all infants with known HCV exposure, 16% to 68% of children born to mothers with HCV were tested. As a result, newly issued recommendations of universal HCV testing in pregnancy have been issued; however, it is unclear whether these new recommendations will be sufficient. Therefore, this retrospective study estimated the disease burden of vertically acquired HCV in a large Midwestern hospital and sought to identify factors associated with HCV diagnostic testing among high-risk infants.

In total, data from 58,427 infants born between 2014 and 2016 at the Cincinnati Children’s Hospital Medical Center (CCHMC) were included. Within the Greater Cincinnati region, 8 counties are considered the primary service area for CCHMC. In this region, universal maternal urine testing was performed at delivery to assess for intrauterine drug exposure. To identify factors associated with HCV testing, demographics and birth characteristics among high-risk infants were analyzed. To examine the association between pediatric HCV infection and intrauterine drug exposure, a nested, matched, case-control analysis was performed.

Results demonstrated that intrauterine drug exposure was significantly associated with increased odds of pediatric HCV infection. HCV prevalence among high-risk and low-risk infants was 3.6% to 5.2% and 0.35% to 1.1% of live births, respectively. Compared with nonopioid-exposed infants, opioid-exposed infants had a > 6-fold increase risk of having an HCV infection (adjusted odds ratio [aOR], 6.2). Using the current recommendations for testing and inconsistent protocols, 66.7% of high-risk infants were estimated to have been missed for maternally-acquired HCV infection identification. Furthermore, no significant effect was observed on the odds of a high-risk infant receiving HCV testing when the mother received prenatal care (aOR, 1.2); however, mothers of high-risk infants were significantly less likely to receive prenatal care (P =.034).

These findings suggested that sufficient capturing of the at-risk pediatric population may not be achieved by the current prenatal HCV testing practices. The study authors noted that two thirds of HCV infection cases among high-risk infants (38 cases) are estimated to have been missed due to inconsistent protocols for HCV infection identification. Infants who were maintained in care by a CCHMC, and high-risk infants who were ³18 months old, entered the foster care system, or were admitted to the neonatal intensive care unit were more likely to receive HCV testing. These findings highlight the importance of accurate transfer of medical information and establishing continuity of care.

Overall, the study authors concluded that, “The gaps in pediatric HCV testing identified in this study, despite the known risk level and maternal infection, suggest the need for increased focus on HCV identification in the pediatric population.” 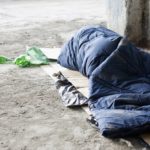