Uncertainty as a Form of Violence: Current Immigration Policy and Crisis - Medical Bag

Uncertainty can be a form of violence, particularly when it is related to immigration status and constantly changing immigration policies, according to an article published in the New England Journal of Medicine.

Breanne L. Grace, PhD, from the College of Social Work at the University of South Carolina in Columbia, and colleagues discussed the detrimental effects that current immigration policies have on immigrants and refugees, including failure to seek necessary healthcare because of fears of deportation and symptoms of posttraumatic stress disorder.

As the government targets immigrants and refugees across social institutions such as schools and hospitals, this has serious negative effects on those seeking education and healthcare. These effects have even been also been noted to occur in naturalized citizens who no longer believe their immigration status is secure.

In many parts of the country, free clinics are the primary healthcare source for the immigrant and refugee communities. Dr Grace and colleagues note that members of these communities express concern that Immigration and Customs Enforcement targets these facilities because they serve immigrants. According to the authors, Immigration and Customs Enforcement also targets nonprofit organizations that assist with housing, education, and employment. This creates a feedback loop that further diminishes both health and healthcare access.

Another way in which current policies contribute to the atmosphere of fear is by separating young children from parents at the border while the parents are held in detention centers and children are placed in temporary foster care or held at military bases. Travel bans that prevent the reunification of refugee families also affect the mental and physical health of immigrants and refugees.

The authors argue that we are currently witnessing an unfolding health crisis. They add that although this health crisis may be addressed by future changes in policy, the normalization of xenophobia that has been fostered by the present climate may outlive the policies that spawned it. 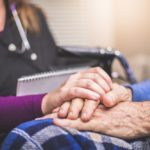