Ubrogepant has been shown to relieve migraine pain and symptoms within 2 hours after treatment compared with placebo, according to the results of a study published in the New England Journal of Medicine.

In December 2019, the FDA-approved ubrogepant (Ubrelvy; Allergan) for the acute treatment of migraine in adults with or without aura, making it the first-in-class oral calcitonin gene-related peptide (CGRP) antagonist for this indication.

A team of investigators conducted a randomized trial (ClinicalTrials.gov Identifier: NCT02828020) to assess the efficacy, safety, and side effects associated with oral ubrogepant. Participants of the study were randomly assigned to receive an initial dose of placebo, 50 mg of ubrogepant, or 100 mg of ubrogepant for a single migraine attack. Patients were given the option to take a second dose if needed.

Due to patient exclusion, loss due to follow-up, and other events, the modified intention-to-treat population (mean age, 40.5 years) included a total of 456 individuals in the placebo group, 423 in the 50-mg ubrogepant group, and 448 in the 100-mg ubrogepant group.

Within the first 48 hours of receiving the initial and/or optional second dose, 12.8% of the placebo cohort, 9.4% of the 50-mg ubrogepant cohort, and 16.3% of the 100-mg ubrogepant cohort reported adverse events, the most common of which were nausea, somnolence, and dry mouth. Serious adverse events included appendicitis, spontaneous abortion, pericardial effusion, and seizure, though none of these events were reported in the first 48 hours following treatment.

“This trial had limitations that may preclude generalizability,” the investigators noted. “First, there was no active comparator and no evaluation of consistency of effect across multiple migraine attacks.” Other limitations included the use of statistical testing that could had inflated the risk ratio, methods of data analysis to compute missing data, and a significant exclusion of randomized participants (nearly 21%).

The final limitation discussed was that “safety and side-effect data from this trial were based on evaluation of a single attack, and therefore safety after repeated use cannot be inferred.” The researchers have noted, however, that an extension trial (ClinicalTrials.gov Identifier: NCT02873221) has evaluated the long-term safety of ubrogepant.

“Trials evaluating consistency of effect, long-term safety data, and comparative effectiveness are needed to assess the safety and clinical utility of ubrogepant for acute migraine treatment,” the authors concluded.

The study was supported by Allergan. See original article for author disclosure information. 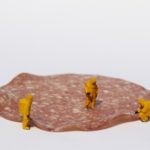