An intermittent fasting regimen of time-restricted eating (TRE) was found to be relatively easily maintained with some adjustment among individuals attempting to achieve weight loss and improved metabolic health, according to the results of a study published in Appetite.

This longitudinal qualitative study was part of the RESET study (Effect of Time-restricted Eating on Behaviour and Metabolism in Overweight Individuals at High Risk of Type 2 Diabetes; ClinicalTrials.gov Identifier: NCT03854656) that recruited participants who were overweight (body mass index [BMI] ³25 kg/m2) with prediabetes or were obese (BMI ³30 kg/m2) between 2019 and 2020 in Denmark. Participants were randomly assigned to a TRE (n=20) or control intervention for 3 months. The participants were instructed to eat and drink only between 6 AM and 8 PM each day without restricting the quality or quantity of consumed foods or beverages. During the remaining 14 hours, the participants were encouraged to drink only water. The feasibility of the TRE intervention was evaluated using postintervention and 3-month follow-up interviews.

Individuals who had daily routines that allowed for TRE to be applied easily reported having an easier time with the intervention. Those who had inconstant work schedules or lacked routines had more difficulty adjusting to TRE.

Life transitions, such as divorce or illness, were challenges for maintaining TRE.

In general, the participants had a positive attitude toward the TRE intervention; however, they reported that the schedule was intrusive in daily life. For example, social events often took place after the 8 PM window.

Feelings of guilt after participating in social events outside of the TRE limits were a challenge for maintaining TRE.

The participants indicated that weight loss was not necessarily pivotal for maintaining the TRE schedule. Some individuals thought that skipping late-night consumption resulted in some improvement in their physical well-being. One individual stated that the TRE improved blood sugar regulation, which the individual had been struggling with for 30 to 40 years.

Many individuals endorsed the importance of social support for maintaining the TRE schedule. In situations in which family or friends were not supportive, some participants found it difficult to maintain TRE.

This study was limited by the small sample size and may have been biased by some cultural characteristics of the study population.

The study authors concluded, “TRE has the potential to become a useful lifestyle regimen in real-life settings, but flexible adjustments are required for long-term maintenance. Our findings emphasize that, although TRE has been conceptualized as simple and requiring less resources than other dietary and weight loss strategies, it continues to share some traditional challenges with other strategies, such as inconsistent daily rhythms and lack of social support. Drivers for maintenance success include consistent daily rhythms, regular meal patterns, family support and avoiding feelings of guilt.” 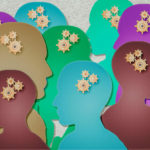