Previous studies have established ethnic differences in pain perception; however, the underlying mechanism for these outcomes has not been well established. In this study, investigators used μ-opioid imaging outcomes gathered from high-resolution research tomograph PET scanning to examine differences in BPND; [11C]carfentanil among healthy adults identifying as non-Hispanic black and non-Hispanic white (n=54). Participants were matched for age, sex, education, and income. During a PET imaging session, researchers applied either a capsaicin or control cream to each participant’s arms and measured pain ratings. Perceived racial discrimination and pain sensitivity were assessed and compared between groups.

Limitations of the study include the cross-sectional nature of the data and the inclusion of a small number of healthy adults without pain.

The researchers suggest their findings “have implications for endogenous opioid binding as a biological mechanism of ethnic pain disparities within a biopsychosocial framework.” These findings, if replicated, may provide a means for reducing ethnic disparities in pain management. 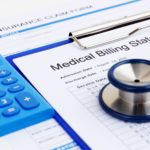