With the increasing recognition of numerous racial and ethnic disparities across a range of health outcomes, scientists are striving to identify the reasons for these patterns. Emerging literature points to the gut microbiome as a potential contributing factor to divergent outcomes observed among populations, although research on this topic remains scant.1-4

Among the limited available data regarding microbial differences between racial and ethnic groups, a 2018 study including 2084 individuals of varying ethnic backgrounds in Amsterdam, Netherlands, found strong associations between ethnicity and fecal microbial composition; similarly, a 2019 study reported differences in the diversity and abundance of oral microbiota from African Americans (n=1058) compared with European Americans (n=558) in the southeastern United States.5,6

More recently, investigators in Amsterdam detected both shared and unique characteristics in the gut microbiomes of individuals from 2 different ethnic groups (African Surinamese and South-Asian Surinamese) who had type 2 diabetes and a history of metformin use.7 A similar study demonstrated links between fecal microbiota composition and blood pressure, with substantial variation between multiple ethnic groups.8

However, some experts9,10 cite several problems that could potentially result from research examining gut microbial differences based on race, such as reinforcing the concept of race as a biological truth rather than a “social construct rooted in justifications for oppression and discrimination on the basis of phenotypic features.”1

Much of this research fails to acknowledge the confounding impact of structural racism, De Wolfe et al noted in their 2021 publication in mSystems. Of 14,103 peer-reviewed articles on the human microbiome that mentioned race or ethnicity between 2000 and 2020, less than 1% of these articles (n=114) mentioned racism.9

These findings indicate that “the field has limited engagement with the direct effects of racism on human physiology, which include but are not limited to increased trauma and stress, lack of access to quality health care, and historical and current discrimination in treatment within health care systems,” they wrote.

“If the microbiome sciences continue to explicitly and implicitly deploy the variable of race in research without accounting for the relevant forms of racism that impact people and environments, microbiome research will continually provide data and recommendations in support of a system based on inequities and harm,” De Wolfe et al stated.9

The authors recommended a 3-part approach to developing an antiracist microbiome science, including institutional changes in recruiting, hiring, funding, and publishing practices to improve representational diversity. Additionally, there is a need for increased collaboration between experts across the biological and social sciences, as well as engagement and empowerment of Black, Indigenous, and People of Color (BIPOC) communities in relation to microbiome research.9

Strategies that could facilitate a shift towards an antiracist research approach in the field include: the utilization of community knowledge in research design, actively accounting for social determinants of health such as systemic barriers affecting access to jobs, health care, education, and housing, and “benefit-sharing of translational interventions developed from the scientific research for research participants and their communities.”9

Further research is also needed to clarify the roles of genetic and environmental factors on the gastrointestinal microbiome. To date, findings indicate a larger effect of environmental exposures on gut microbial composition than host genetics. Investigators should aim to vastly diversify the participant pool in this area, as only 3% and 0.05% of existing data from genome-wide association studies represent individuals of African and Indigenous ancestry, respectively; 81% of such data was derived from individuals of European ancestry.1

“In order to have sufficient power to disentangle the contributions of host genetics and environmental exposures to oral and gut microbial composition, recruitment of large, diverse study populations comprising individuals from all ancestral groups must be a priority,” wrote Byrd et al in a 2020 study supported by the National Cancer Institute of the National Institutes of Health.1

To gain additional insights into the possible role of gut microbiota in health disparities and considerations for future work in this area, we interviewed Katherine R. Amato, PhD, a biological anthropologist and assistant professor in the department of anthropology at Northwestern University in Evanston, Illinois. Dr Amato is the lead author of a recent publication on associations between the gut microbiome and health inequities.2

What does the research suggest thus far about the role of the gut microbiome in racial and ethnic health disparities?

Dr Amato: Currently, research indicates that the microbiome plays a causal role in a range of chronic diseases — such as asthma, for example — that disproportionately affect minoritized populations. It is also clear that environmental factors such as reduced access to fresh produce, exposure to stress, and reduced access to safe green spaces affect the microbiome, and minoritized communities are disproportionately exposed to these environmental factors.2

Therefore, it is highly likely that the environments experienced by minoritized populations are contributing to health inequities via the microbiome. A handful of studies suggest that there are differences in the microbiome across different racial and socioeconomic status (SES) groups, but neither the environmental triggers for these differences nor the health implications are fully explored in the same studies.2

What are the potential implications for prevention and treatment as this area progresses?

Dr Amato: Because the microbiome can be more easily altered than other aspects of physiology, its likely role in contributing to health inequities may lead to more effective interventions. However, current potential medical interventions like probiotics are unlikely to have a large impact, given that they are being developed based on research that targets mostly White, affluent populations. It is unclear if they are relevant for other populations. These interventions are also likely to be expensive and distributed through medical systems that are inherently biased, limiting access by minoritized populations.

Research must shift to improve these shortcomings. Further, policies that promote prevention of microbial alterations by addressing lifestyle and environmental disparities may have a bigger impact. For example, studying which aspects of green spaces are most beneficial for the microbiome and then including these aspects in new policy proposals could strengthen current efforts to improve health inequities through policy.

What are some of the most notable studies underway in this area, and what should be the focus of future research on this topic?

We also need studies that address the scale of environment-microbiome-health interactions; are they more important at the individual, household, regional, or national scale? Similarly, what are the mechanisms of interaction, and how big is the relative impact of the microbiome compared to other potential pathways of environmental influence on health?

This area of research desperately needs increased communication among fields of science — eg, anthropology, sociology, microbiology, and medicine — as well as between researchers, medical professionals, and policymakers. The microbiome appears to be an important factor in health inequities that could be addressed through multiple avenues such as policy and medicine, but it is severely understudied in this context. 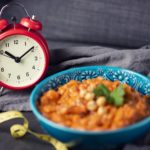 Intermittent Fasting Effective for Weight Loss in Adults With Obesity