Because of large-scale vaccination campaigns, diseases such as measles, mumps, and pertussis have reached levels of elimination or near-extinction. In recent years, however, there has been an increase in the incidence of these vaccine-preventable diseases in the United States and abroad.1 For example, there were 667 reported cases of measles in the United States in 2014; a record number since the disease was declared eliminated in 2000 by public health officials.2

According to the Centers for Disease Control and Prevention, the majority of infected individuals were unvaccinated, reinforcing concerns about the influence of antivaccination beliefs on the resurgence of such diseases.2 In efforts to address such beliefs, public health campaigns and healthcare providers often rely on strategies that emphasize facts about vaccination and its benefits.

“Many intervention programs work from a deficit model of science communication, presuming that vaccination skeptics lack the ability to access or understand evidence,” as explained in a new study published in Health Psychology.3 “However, interventions focusing on evidence and the debunking of vaccine-related myths have proven to be either nonproductive or counterproductive.”

Emerging evidence suggests that targeting the underlying bases, the “attitude roots,” of these beliefs may prove more effective than information-based strategies.4,5 To that end, the current authors aimed to determine links between antivaccination attitudes and 4 specific attitude roots:

The researchers used a data collection company to survey 5323 people (49.9% women) in 24 countries, using various scales to assess these measures.

From a motivated reasoning perspective, the “goal of science communication is to align with people’s underlying fears, ideologies and identities, thus reducing people’s motivation to reject the science,” the authors wrote. “If the motivation to reject the science is reduced, then people should become more willing to embrace the evidence on its merits.”

To further explore these findings and their implications, Infectious Disease Advisor interviewed lead author Mathew J. Hornsey, PhD, a social psychology professor at the University of Queensland in Australia, and Nina Shapiro, MD, director of pediatric otolaryngology and professor of head and neck surgery at the David Geffen School of Medicine at the University of California, Los Angeles, and author of the book, Hype: A Doctor’s Guide to Medical Myths, Exaggerated Claims and Bad Advice.

Infectious Disease Advisor:What are the top takeaways from this study?

Mathew J. Hornsey, PhD: Of all the psychological variables that we measured, far and away the biggest predictor of people’s antivaccination attitudes was their willingness to believe conspiracy theories. For example, the more people believed that Princess Diana was murdered or that 9/11 was an inside job, the more negative they were about vaccinations. Some people have a conspiratorial worldview: they think it’s common for groups of people with malevolent agendas to get together and conduct elaborate hoaxes on the public in near-perfect secrecy. If you believe this is the way the world works, you’re willing to entertain any conspiracy theory, including ones that suggest that Big Pharma is covering up the negative health effects of vaccinations.

Nina Shapiro, MD: The top takeaway from this study is that, contrary to what many clinicians have believed is the best method of dispelling antivaccination myths (eg, providing families with sound data and evidence that vaccines are safe and effective), this is actually, quite surprisingly, a poor method of dispelling concerns and may indeed make people more reluctant to proceed with immunization. This information is completely different from what many practitioners have been using for vaccine-resistant or hesitant families.

This study found that, across 24 nations, those with strong conspiracy theory beliefs in areas other than vaccination tend to have the highest resistance to vaccination, even after hearing evidence of vaccine safety. This factor was consistent across countries and continents, and demographic variables such as sex and educational level had no effect.

Infectious Disease Advisor: What are the implications for clinicians in particular?

Dr Shapiro: The implication to practitioners is critical, in that the emphasis has been on providing sound information, including data on vaccine safety, evidence of efficacy, and even demonstration of how devastating these vaccine-preventable illnesses can be. However, this method of information and education turns out to cause the opposite effect: more vaccine resistance, not less. Future interventions need to be tailored to an individual’s broader societal ideals regarding conspiracy views, attitudes toward consensus views, and even basic fears of needles and blood.

Infectious Disease Advisor: What should be the focus of future research on this topic?

Dr Hornsey: The ultimate goal is to try to develop interventions that help “unfreeze” antivaxxers’ minds. In the past, interventions have either failed or backfired. In response to that, some people in the field have thrown up their hands and argue that we should stop talking to antivaxxers because they’re impossible to convert. But I’d like to give it another shot. For example, I’d like to see whether people who are prone to conspiratorial thinking can open their minds to the possibility that the system is built such that it is almost impossible for vast networks of people to pull off malevolent hoaxes on the public in perfect secrecy.

If I can’t find a way to do that, then I’d be tempted to shift focus and try to work with their conspiratorial beliefs rather than trying to fight them. What if, for example, you point out that there are vested interests on both sides — that there are also people and industries on the natural medicine side who are motivated to disguise and deny truth for personal gain? I don’t hold out huge hope that this could work, but it would seem wrong not to try. 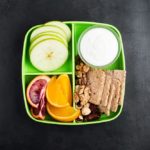 Is There a Role for Precision Nutrition in the Management of Type 2 Diabetes?