HealthDay News — The presence of obesity, type 2 diabetes, and elevated systolic blood pressure (SBP) in adolescence accelerates the progression of risk factors that play a role in the development of early vascular aging, according to a study published online May 6 in the Journal of the American Heart Association.

Justin R. Ryder, Ph.D., from the University of Minnesota Medical School in Minneapolis, and colleagues conducted a five-year longitudinal study among adolescents with normal weight, obesity, or type 2 diabetes at baseline (141, 156, and 151, respectively) to examine trajectories of early vascular aging.

“These data add further evidence underscoring the importance of efforts targeting prevention and treatment of obesity, type 2 diabetes, and elevated BP among youth with a goal of delaying and/or preventing the progression of early vascular aging,” the authors write. 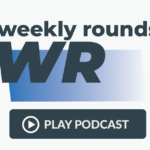 The United States Test Against COVID-19