The Surgeon General of the United States has issued an advisory calling for more Americans to learn how to use naloxone and that “keeping it within reach can save a life.” Naloxone, an opioid antagonist, is approved by the Food and Drug Administration for the emergency treatment of known or suspected opioid overdose, as manifested by respiratory and/or central nervous system depression.

In a statement released today, Surgeon General, Jerome M. Adams, MD, MPH, said, “It is time to make sure more people have access to this lifesaving medication, because 77 percent of opioid overdose deaths occur outside of a medical setting and more than half occur at home.”

An accompanying statement by the Department of Health & Human Services (HSS) noted that while naloxone is ‘not a long-term solution’, its current availability can reduce overdose deaths. Overdose deaths from illicit opioids have doubled from 21,089 in 2010 to 42,249 in 2016; last November the opioid epidemic was declared a nationwide public health emergency.

A recent study of 31 states and the District of Columbia, conducted by the Centers for Disease Control and Prevention (CDC), found that 66.4% of the 63,632 overdose deaths in 2016 were due to opioids. Additionally the data showed that from July 2016 to September 2017, opioid overdoses increased 30% in all parts of the U.S.

Naloxone is available in nasal spray and injectable form; all states have passed laws to ease access to it. “Ninety-five percent of people with insurance coverage, including Medicare, Medicaid, Tricare and Veterans Affairs are actually able to get naloxone with little or no copay, and we’re working to to make that copay as little as possible,” the Surgeon General told NPR. In the same interview he said we should, “think of naloxone like an EpiPen or CPR.”

The HHS sees an expansion of naloxone as key to responding to the opioid crisis, along with effective prevention, treatment and recovery programs. “To manage opioid addiction and prevent future overdoses, increased naloxone availability must occur in conjunction with expanded access to evidence-based treatment for opioid use disorder,” said the Surgeon General. 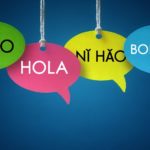