Lymphomas are caused by an abnormal proliferation of white blood cells and can occur at any age. DLBCL is an aggressive form of lymphoma that grows rapidly but is potentially curable. The disease accounts for approximately 30 percent of newly diagnosed lymphomas in the United States.

Several years ago, NCI scientists identified the two primary subtypes of DLBCL based on characteristic patterns of gene activity within the lymphoma cells. The discovery of these subtypes suggested to the researchers that targeted treatments could be developed for each subtype.

Building on this work, the trial enrolled 80 patients with DLBCL that had relapsed or had not responded to prior treatment. All patients received ibrutinib. Tumor responses were seen in 25 percent of patients overall, including eight patients with complete responses and 12 with partial responses.

For the study population as a whole, after a median follow-up of 11.5 months, the median progression-free survival (the time until the disease worsened) and overall survival were 1.6 months and 6.4 months, respectively.

An analysis based on disease subtype showed that ibrutinib produced complete or partial responses in 37 percent (14 of 38) of patients with ABC DLBCL but only 5 percent (1 of 20) of patients with GCB DLBCL. Based on these results, the researchers concluded that, for future clinical trials involving ibrutinib, the ABC DLBCL gene signature could be used to identify patients who would be more likely to respond to the drug.

DLBCL originates from B cells, which play a crucial role in the body’s immune response. The target for ibrutinib, an enzyme called Bruton’s tyrosine kinase (BTK), is a key component of B-cell receptor signaling. The new study provides the first clinical evidence that ABC but not GBC tumors may produce abnormal B-cell receptor signals that promote the survival of cancer cells by activating BTK, thereby accounting for the sensitivity of ABC tumors to ibrutinib.

“Clinical trials such as this are critical for translating basic molecular findings into effective therapies,” said Louis Staudt, M.D., Ph.D., NCI Center for Cancer Genomics, who co-led the study and discovered the role of B-cell receptor signaling in ABC DLBCL. Study co-leader Wyndham Wilson, M.D., Ph.D., NCI Center for Cancer Research, added, “This is the first clinical study to demonstrate the importance of precision medicine in lymphomas.”
Based on this study’s results, an international phase III trial of standard chemotherapy with or without ibrutinib in patients with DLBCL, excluding the GCB subtype, is being conducted by Janssen Pharmaceuticals, Titusville, New Jersey, in collaboration with Drs. Wilson and Staudt. (ClinicalTrials.gov NCT01855750). This is the first time a phase III trial has been designed to selectively enroll patients with a particular molecular subtype of DLBCL. The study’s objective is to determine if the addition of ibrutinib to standard chemotherapy can increase the cure rate of patients with ABC DLBCL.

Ibrutinib has been approved by the U.S. Food and Drug Administration for the treatment of certain patients with several other cancers, including mantle cell lymphoma, chronic lymphocytic leukemia, and Waldenström macroglobulinemia. 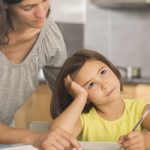