State-level hepatitis C virus (HCV) testing laws can increase the number of individuals who know their HCV status and help those infected with HCV get access to care, according to a new report from the Centers for Disease Control and Prevention (CDC).

Nearly 75% of all HCV infections in the US and HCV-associated deaths occur in individuals born between 1945–1965, increasing their likelihood of liver cancer and other HCV-related disease. The CDC recommended in 2012 that all persons born during 1945–1965 receive 1-time HCV testing.

In 2014, New York specifically implemented a hepatitis C testing law requiring healthcare providers to offer HCV antibody testing to all individuals born during 1945–1965 who were receiving care as hospital inpatients or in primary care settings. In addition, healthcare providers were to refer individuals who tested positive for follow-up care, including an HCV diagnostic test.

In order to determine the number of individuals screened for HCV infection pre- and post-implementation of the HCV testing law, researchers surveyed 163 clinical laboratories and requested monthly counts of specimens collected between January 2013–December 2014 for those born between 1945–1965.

The marked increases in the number of HCV tests performed and rates of testing seen after the law was implemented were sustained over the 12-month period. “These findings highlight the potential for state laws to promote HCV testing and the utility of HCV surveillance and Medicaid claims data to monitor the quality of HCV testing and linkage to care for HCV-infected persons,” lead author Colleen A. Flanigan, MS, from the Bureau of Hepatitis Health Care, AIDS Institute, New York State Department of Health stated.

“With availability of new HCV therapies that can stop disease progression and result in a virologic cure for >90% of HCV-infected persons, testing and linkage to care for HCV-infected persons in this birth cohort are expected to reduce HCV-related morbidity and mortality and decrease deaths from liver cancer,” the authors concluded. 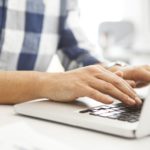