As a result of the overwhelming rates of opioid addiction and overdose in the United States, many states have declared emergency situations to educate the public, curb prescriptions of high-risk opioid pain relievers, and improve access to opioid antagonists, according to a paper published in the New England Journal of Medicine.

As opioid-related mortality rates rise, the majority of states have enacted specific policies aimed at reducing prescriptions for these medications. In addition, every state in the nation participates in prescription drug monitoring programs, which are aimed at monitoring individual opioid prescription habits.

Opioid overdose has been established as a statewide emergency in 6 states, and a recent move by President Donald Trump declared the opioid epidemic to be a public health emergency in the United States. These actions are aimed at raising public awareness about opioid addition, with the hope that both patients and physicians will understand the risks associated with these highly addictive analgesic drugs.

Of the 6 states declaring an emergency, 5 are hoping to improve access to naloxone, an opioid antagonist. Potentially, these states hope to educate law enforcement officials to administer this medication in the case of an overdose and to allow pharmacists to provide the drug without a prescription.

Overall, emergency declarations regarding the opioid crisis have been geared toward communicating and educating the public about the severity of the epidemic while informing patients about the reversal effects of naloxone.

According to the investigators, the declaration of opioid-related emergencies is “one tool that states can use as part of a multifaceted prevention and mitigation effort.” 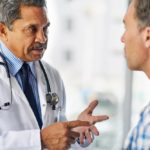 How Can Healthcare Professionals Improve Interactions With Challenging Patients?