Space flight-associated neuro-ocular syndrome with increased ONSD and globe flattening has been detected in some astronauts. Because measurement of PCSF is excessively invasive, a non-invasive method of determining PCSF was needed.

Ari Shinojima, MD, PhD, of the Department of Ophthalmology at Lariboisière Hospital, Assistance Publique-Hôpitaux de Paris, University Sorbonne in France, and colleagues, created a model of the optic nerve sheath using a tube and cylinder that allowed them to apply the material mechanics theory of thin-walled tubes.

The investigators found that space flight-associated neuro-ocular syndrome was not caused by increased PCSF but rather by brain upward shift. They contend that their results demonstrate that the eyes are gateways into the effects of space flight on the brain.

One astronaut reported that his in-flight standing height returned to its pre-flight baseline within 3 hours when he wore a penguin suit or in combination with heavy resistive exercise. The height reversion is ascribed to the return of the thoracic curve caused by these compressions. In turn, this may increase PCSF because of an associated decrease in total subarachnoid volume. Cerebrospinal fluid then collects in the extracranial portion of the optic nerve sheath.

However, the investigators noted that their model for calculating PCSF may be inaccurate in some astronauts because their optic nerve sheath may be changed by brain upward shift. They also suggested that compression forces that reduce subarachnoid volume exacerbate space-flight associated neuro-ocular syndrome. 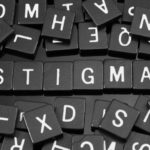 Terms Used for Addiction May Be Associated With Explicit, Implicit Bias