Sourdough bread is having a moment in the sun. A quick internet search confirms what artisanal bakers from around the world have suspected pretty much since the beginning of time — that sourdough is healthier, easier to digest, less artificial and way cooler than that white stuff masquerading as bread that supermarkets try to trick you into buying. At long last, sourdough is here to make carbohydrate consumption great again.

But yet again, leave it to science to ruin a perfectly good story. Researchers in recent years have tried to pin down how and why sourdough imparts its salutary benefits.

So far, they haven’t been able to give us a straight answer. In fact, there’s a school of thought that believes sourdough really isn’t necessarily better for you than plain old white bread.

So what gives? Have the shadowy figures behind the sourdough industrial complex pulled the dough over our eyes? Or is there really something to this craze? The answer, somewhat maddeningly, lies somewhere in the middle.

The case for sourdough starts, and for many ends, with the idea of postprandial glycemic response (PPGR), which is quantified by measuring the glycemic index of a food. Basically, the glycemic index measures how much your blood sugar increases 90 minutes after consuming a particular food.

Consumption of higher glycemic index foods has been shown to be associated with increased rates of diabetes, obesity, cancer and all-cause mortality. To be sure, studies have demonstrated a statistically significant difference between sourdough and regular whole wheat or white breads.1 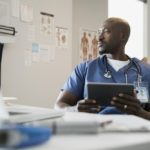 The Hedgehog or the Fox: Which Doctor Are You?