Depressive symptoms can be highly heterogeneous, and different types of symptoms may have distinct roles in patients’ general wellbeing.

The study included 559 individuals (age range, 18-65 years) who agreed to participate in an online study on the impact of depression symptoms and other mental health conditions on QoL. The study cohort comprised university psychology students, as well as members of the wider community. Each participant provided demographic information and completed the World Health Organization QoL Brief measure (WHOQOL-BREF) questionnaire, the Brief Symptom Inventory, the Beck Depression Inventory II, and the Depression, Anxiety and Stress Scales.

Limitations of this study included its cross-sectional nature as well as the inclusion of individuals from the community, rather than individuals with a mental health disorder diagnosis.

The researchers wrote that the knowledge gained from this study “could be used to improve targeted health interventions,” and that the findings further support “the importance of the encouragement of early treatment uptake for mental health symptoms, due to their relationship with overall QoL.” 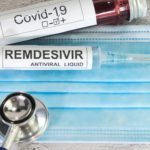 COVID-19 Drug Remdesivir Could Cost Up to $3,120 Per Patient