Slow-release oral morphine may be a valuable tool to help reduce the number of deaths from opioid-related overdose, according to an article published in the Annals of Internal Medicine.

M. Eugenia Socias, MD, MSc, and Evan Wood, MD, PhD, of the University of British Columbia and the British Columbia Centre on Substance Use in Vancouver, Canada, noted that more than 2.5 million Americans have an opioid use disorder (OUD), and in 2015 alone more than 33,000 individuals died from an opioid overdose. Illicitly manufactured fentanyl and related analogs pose a particular problem.

Opioid agonist therapy, with either buprenorphine or methadone, is an evidence-based treatment for OUD. However, not all patients respond to these therapies. Some studies indicate that fewer than 50% of patients with an OUD who begin opioid agonist therapy with either of these medications continue to receive treatment at 6 months. Furthermore, the regulatory environment in the United States constitutes a barrier to successful uptake and long-term use of opioid agonist therapy, which has resulted in a gap of up to 1 million individuals with untreated OUD. These individuals are at high risk for overdose and death, as well as other negative health and social outcomes.

Although the recent US Food and Drug Administration (FDA) approval of long-acting formulations of buprenorphine and naltrexone may address this gap, cost of these medications is relatively high and the data supporting their use are limited.

The investigators note that slow-release oral morphine is a promising candidate for oral opioid agonist therapy. Data suggest that opioid agonist therapy can suppress illicit opioid use and retain patients in care with an efficacy similar to methadone and provide a better safety profile and greater improvements in outcomes such as tolerability, treatment satisfaction, mental symptoms, alleviation of cravings, and withdrawal symptoms. Furthermore, slow-release oral morphine has a lower risk for drug-drug interactions, which is advantageous, given that many individuals with OUD have comorbidities such as HIV, hepatitis C, and mental health disorders that require concomitant medication.

The researchers suggest that co-formulations of slow-release oral morphine and naloxone may be particularly valuable and should be further explored. Although it is not known how slow-release oral morphine would be regulated in the United States as an opioid agonist therapy, it is currently FDA-approved for pain management without the strict regulations that limit access to methadone.

The investigators further suggest that the Canadian model of OUD treatment — in which methadone is dispensed through daily witnessed ingestion in community-based pharmacies — could be adapted to the United States.  This could increase access to existing and future medications while precluding diversion and reducing overdose risk. 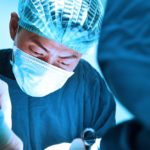 Risk for Musculoskeletal Disorders High Among Surgeons and Interventionalists