A greater number of melanomas are diagnosed in the summer compared with winter, and those diagnosed during this period tend to have more favorable survival outcomes, study research published in Dermatologic Therapy suggests.

The study was an analysis of 1258 adults with cutaneous melanoma (median age, 51 years) who were admitted, treated, and followed up at a single tertiary referral cancer center in Turkey from 1993 to 2017. Pathological nodal staging by sentinel lymph node biopsy (SLNB) or elective lymph node dissection was performed in patients with intermediate-thickness lesions.

A completion lymphadenectomy was performed in patients with pathologically positive SLNB. The investigators made comparisons of patient-disease variables and time, including season and month, when the disease was diagnosed.

Limitations of the study included its retrospective nature as well as the inclusion of only patients from a single tertiary center in Turkey, which may limit generalizability of the findings across patients from other centers.

The investigators of this study suggest that “effective campaigns to raise public awareness of melanoma be introduced, and the screening of the disease should be promoted all year round, not only in summer.” 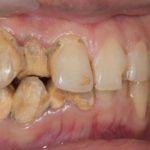