There are limitations to what early detection cancer screening can achieve and it may be time to abandon it on a population-based level, wrote the authors of a recently published editorial.

In the editorial, Hans-Olov Adami, of the University of Oslo, Norway, and colleagues draw a distinction between 2 cancer screening types: early detection, which is designed to catch malignant lesions early, and preventive, which detects and attempts to manage precursors to cancer.

“During half a century, early detection screening imposed indiscriminately on the entire population to detect asymptomatic cancer has been highly promoted, almost glorified, as a strategy to improve cancer control,” Dr Adami and colleagues wrote. “And there has been little publicly heard discourse about the profound ethical dilemmas — applicable also to randomized trials — when the general population is approached for a large-scale medical experiment.”

Two cancers for which early detection screening play a dominant role are mammography in breast cancer and prostate specific antigen (PSA) in prostate cancer, the authors pointed out.

“The issue is that prostate cancer and breast cancer are 2 cancers that have multimodal phenotypes — both low-risk cancers and high-risk cancers,” Shreyas Joshi, MD, of the department of surgical oncology at Fox Chase Cancer Network, Philadelphia, Pennsylvania, told Cancer Therapy Advisor. “It is really those low-risk variants that we happen to be catching, and whether or not that makes a difference in terms of cancer-specific mortality is an open question.”

Instead of providing benefits, Dr Adami and colleagues suggested that population-based early detection cancer screening may be responsible for overdiagnosis and harm. They define overdiagnosis as “the detection of the disease or condition that would not cause symptoms or death during an individual’s’ lifetime.” 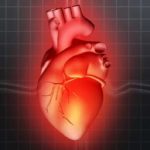 Misconceptions About Heart Disease Are Widespread in United States