Differences between men and women with rheumatoid arthritis (RA) are well-established, including prevalence rates that are 2 to 3 times higher among women compared with men.1 A substantial body of research has demonstrated lower treatment efficacy, greater medication-related adverse effects, more severe symptoms and disability, and greater joint destruction in women with RA compared with men with RA.2,3

A narrative review published in March 2022 in Journal of Personalized Medicine examined the available evidence regarding sex- and gender-based differences in RA treatment response and disease features.2

The study results also showed that men demonstrated a more rapid response to treatment compared with women. Such differences were not observed between men and women with established RA (ie, initiating treatment 2 or more years after diagnosis).4

These findings align with those of previous research and suggest that “reported sex differences might only become apparent as the disease evolves.”2

A previous study published in Annals of the Rheumatic Diseases3 reported greater disease severity in women with RA and identified sex as the main predictor for remission. Fewer women vs men were found to be in remission 2 years (32.1% vs 48%; P = .001) and 5 years (30.8% vs 52.4%; P =.001) following initiation of disease-modifying antirheumatic drugs (DMARDs) or other treatment for RA despite similar pretreatment disease activity.

According to researchers, this disparity “could not be explained by differences in disease duration, age or treatment with DMARDs, or glucocorticoids.”3

Women vs men have demonstrated higher pain scores on patient RA questionnaires, in part due to the potential influence of sex hormones on the transmission, modulation, and perception of pain. For example, testosterone is associated with an increased pain threshold.

Differences in the experience of pain may also be related to a greater number of pain receptors in women vs men as well as “sex-dependent involvement of certain genes in acute and chronic pain-related traits.”2 Among other potential mechanisms, gender-specific social and environmental factors may exert divergent effects on pain perception in women and men.

While many studies suggest a higher overall burden in women with RA, certain aspects of the disease have been observed more frequently in men. “Men are more likely to have extra-articular issues such as rheumatoid nodules and RA-associated interstitial lung disease,” said Daniel G. Arkfeld, MD, professor of clinical medicine and director of rheumatology education at Keck School of Medicine at the University of Southern California in Los Angeles. Interstitial lung disease has been cited as the second leading cause of death among patients with RA and the only extra-articular manifestation with a growing prevalence in RA.1

Study findings from 2019 also showed a significantly higher atherosclerosis burden and 10-year risk for cardiovascular disease (CVD) in men with RA, with 62.5% of men showing a high or very high risk for fatal CVD compared with 24.1% in women. The findings indicated a greater incidence of traditional CVD risk factors in men, including current or former smoking and lower HDL-cholesterol levels.5

“Early diagnosis and treatment of RA is key to preventing long-term complications in both men and women,” although diagnosis may be more challenging in men, Dr Arkfeld stated. He added, “Men have been shown to have a risk for seronegative RA if testosterone is low.” In a population-based case-control study, lower testosterone levels predicted the subsequent development of rheumatoid factor-negative RA in men (odds ratio, 0.31 per SD; 95% CI, 0.12-0.85 per SD) after adjusting for smoking and body mass index (BMI), supporting a role for hormonal changes in RA onset and disease phenotype.6

According to Dr Arkfield, “Establishing a correct RA diagnosis will allow for aggressive therapeutic intervention and hopefully prevention of erosive disease.”

Although both sex and gender influence key aspects of RA pathogenesis and management, there remains a dearth of research exploring the variable effects of these factors in RA. Researchers emphasized the importance of accurately referencing each term in future studies. “While the former is mainly defined by the organization of chromosomes, reproductive organs, and hormone levels, the term ‘gender’ should be used to describe the non-physiological components of sex that are regarded as appropriate to [men and women] mainly from a socio-cultural point of view.”2

Dr Arkfeld noted several topics that warranted further investigation in this area. “Gender fluidity with hormonal treatment can provide unique opportunities to study potential risks and benefits of estrogen and testosterone therapy, and correlating the more than 100 susceptibility genes for RA with gender may also be fruitful,” he proposed.7 “Physician and societal gender bias can be further studied to help ensure proper care for all [patients with] RA.” 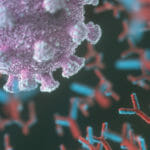