$1.4 Million Grant Will Enable Team to Follow up With Search for Drug Candidates

Scientists from the Florida campus of The Scripps Research Institute (TSRI) have for the first time discovered a killing mechanism that could underpin a range of the most intractable neurodegenerative diseases, such as Alzheimer’s, Parkinson’s, and ALS.

The new study, published recently in the journal Brain, revealed the mechanism of toxicity of a misfolded form of the protein that underlies prion diseases, such as bovine spongiform encephalopathy (“mad cow disease”) and its human equivalent, Creutzfeldt-Jakob disease.

“Our study reveals a novel mechanism of neuronal death involved in a neurodegenerative protein-misfolding disease,” said Corinne Lasmézas, a TSRI professor who led the study. “Importantly, the death of these cells is preventable. In our study, ailing neurons in culture and in an animal model were completely rescued by treatment, despite the continued presence of the toxic misfolded protein. This work suggests treatment strategies for prion diseases—and possibly other protein misfolding diseases such as Alzheimer’s.”

Failure and Rescue of Brain Cells

In the new study, the scientists used a misfolded form of the prion disease protein, called TPrP, a model they had previously developed, to study misfolded protein-induced neurodegeneration in the laboratory. Misfolded proteins are the common cause of the group of diseases comprising prion, Alzheimer’s, Parkinson’s diseases, ALS, and other conditions.

Using biochemical techniques, the researchers demonstrated that TPrP induces neuronal death by profoundly depleting NAD+ (nicotinamide adenine dinucleotide)—a metabolite well known as a coenzyme that is common to all cells and necessary for energy production and cellular homeostasis.

Restoring NAD+ proved to be the critical factor for the rescue of neurons subjected to TPrP injury. Even when added 3 days after TPrP exposure, an infusion of NAD+ reversed within only a few hours the fate of neurons that had been doomed to destruction.

“Our study shows for the first time that a failure of NAD+ metabolism is the cause of neuronal loss following exposure to a misfolded protein,” Lasmézas said. The loss of NAD+ also triggers autophagy—a way cells rid themselves of damaged material such as misfolded proteins—and apoptosis, or programmed cell death, the last resort of the cell when everything starts to go wrong. However, the researchers demonstrated these mechanisms do not initiate the neuronal demise.

“We show that apoptosis or programmed cell death and autophagy are not primary players in the death cascade,” said Staff Scientist Minghai Zhou, the first author of the study. “Modulation of neither of these processes significantly alters the death of TPrP-exposed neurons. This is all caused by NAD+ disappearing—the cell cannot survive without it.”

Lasmézas noted the loss of NAD+ is suggestive of some other neurodegenerative diseases, such as Parkinson’s, where NAD+ depletion could play a role in mitochondrial failure.

A recent $1.4-million grant from the National Institute of Neurological Disorders and Stroke (NINDS) will support further work to look for drug candidates based on the new findings.

Lasmézas and Louis Scampavia, a TSRI associate professor of molecular therapeutics, will be co–principal investigators for the new 3-year study, whose team will also include Tom Bannister, a TSRI associate scientific director at Scripps Florida’s Translational Research Institute. The scientists have developed several primary tests for compounds that could restore NAD+ and plan to begin those tests at Scripps Florida’s High Throughput Screening facility.

Since it was established in 2005, the Scripps Florida High Throughput Screening facility has screened more than 200 targets in more than 235 industrial and academic collaborations—several of these collaborations have produced successful clinical trial candidates. The drug discovery facility is currently capable of routinely screens one quarter of a million compounds in a single day.

In addition to Zhou and Lasmézas, other authors of the study, “Neuronal death induced by misfolded prion protein is due to NAD+ depletion and can be relieved in vitro and in vivo by NAD+ replenishment,” include Gregory Ottenberg, Gian Franco Sferrazza, Christopher Hubbs, Mohammad Fallahi, Gavin Rumbaugh, and Alicia F. Brantley of TSRI. The work was supported by TSRI and by the National Institutes of Health (RNS081519). For information on the study, see http://brain.oxfordjournals.org/content/early/2015/02/10/brain.awv002

About The Scripps Research Institute

The Scripps Research Institute (TSRI) is one of the world’s largest independent, not-for-profit organizations focusing on research in the biomedical sciences. TSRI is internationally recognized for its contributions to science and health, including its role in laying the foundation for new treatments for cancer, rheumatoid arthritis, hemophilia, and other diseases. An institution that evolved from the Scripps Metabolic Clinic founded by philanthropist Ellen Browning Scripps in 1924, the institute now employs about 3000 people on its campuses in La Jolla, CA, and Jupiter, FL, where its renowned scientists—including 2 Nobel laureates—work toward their next discoveries. The institute’s graduate program, which awards PhD degrees in biology and chemistry, ranks among the top 10 of its kind in the nation. For more information, see www.scripps.edu.

The above story is reprinted from materials provided by Scripps Research Institute  via Newswise.
Note: Materials may be edited for content, style, and length. For further information, please contact the source cited above.
Disclaimer: This article is not intended to provide medical advice, diagnosis, or treatment. Views expressed here do not necessarily reflect those of the Medical Bag or its staff. 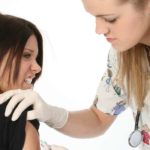