In 2017, the World Health Organization (WHO) designated scabies, a parasitic skin condition dating to ancient times, as a “neglected tropical disease” targeted for a global control program.1,2

Scabies occurs mostly in tropical regions where high temperatures and humidity provide opportunities for the Sarcoptes scabies var hominis mite to be transmitted and proliferate. The disease only affects humans via skin to skin contact, which commonly occurs in overcrowded conditions. For these reasons it has historically been reported most often in underprivileged countries with tropical climates, such as the Pacific Islands and Central America and the indigenous regions of Australia.2 Although prevalence rates vary widely even between and within communities, children are by far the most affected.3,4 In adults, prevalence rates are highest in residential settings such as prisons, displacement camps, and nursing homes.4

The initial skin signs of severe itch and skin lesions can be effectively treated with topical creams such as permethrin 5% and oral doses of ivermectin.2,3 Despite these interventions, the global prevalence of scabies was estimated at approximately 147 million in 2016 with an annual incidence of 455 million cases, making it one of the most common diseases worldwide.2,3 Without appropriate treatment, scabies has serious consequences, as scratching the skin lesions often leads to secondary bacterial infections and dysfunctional immune responses that precipitate streptococcus glomerulonephritis and sometimes rheumatic fever.5

Two main clinical variants of scabies have been reported.5 The classic presentation is the most common and is often found in densely populated areas with low economic healthcare resources. Children are most likely to become infested with the mites, resulting in a rash occurring between the digits of the fingers and toes, at the flexion point of the wrists and elbows, and surrounding the penis shaft, nipples, buttocks and navel consisting of mite burrows and erythematous papules, along with signs of pruritis that appear mostly at night.5 The mite burden is often low, as few as 10 or 15 mites can cause skin disruptions.

The second variant, referred to as crusted or Norwegian scabies, is associated with a mite burden in the millions. Crusted scabies often spreads among older residents of healthcare facilities who have compromised immune sufficiency and/or dementia or neuropathy. It also often proliferates in individuals with immune disorders such as HIV infection and human T-cell lymphotropic virus type 1.5

Mite replication and transmission occurs rapidly. “Crusted forms are highly contagious,” Simon Mueller, MD, of the department of dermatology at University Hospital Basel in Switzerland told Dermatology Advisor. “Usually very close skin-skin contact is necessary for transmission (more than a handshake). However, in crusted scabies healthcare workers can easily get infected. We perform protective measures in all healthcare workers confronted with scabies, irrespective of the type of scabies.” 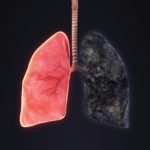