HealthDay News — The risk for postoperative complications and mortality is increased among apparently healthy African American vs White children, according to a study published online July 20 in Pediatrics.

Olubukola O. Nafiu, MD, from the Nationwide Children’s Hospital in Columbus, Ohio, and colleagues performed a retrospective study to examine the National Surgical Quality Improvement Program-Pediatric database from 2012 through 2017 and estimate the risk for postsurgical outcomes for African American and White children.

“The findings of the present analyses do not establish causality between race and postsurgical complications or mortality,” the authors write. “Rather, in this study, we highlight the strong association between racial category and postoperative morbidity and mortality in apparently healthy [African American] and [White] children.” 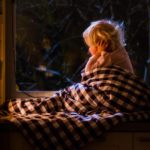