Rheumatoid arthritis (RA) risk is positively associated with an increased risk for inflammatory bowel disease (IBD), suggesting a causal relationship between RA and IBD, according to findings published in Seminars in Arthritis and Rheumatism.

Researchers sought to better understand bidirectional associations between RA and IBD as a whole, including its subtypes Crohn disease and ulcerative colitis.

In the other direction, there were no associations between RA and IBD, Crohn disease, or ulcerative colitis.

Limitations of the study include the potential for pleiotropy and a narrow study population.

The researchers conclude, “In patients with RA it is important that physicians and practitioners pay attention to the development of IBD. The results of the present study thus may contribute to more timely preventive care and better interdisciplinary, holistic patient management. The pathophysiologic pathways associated with the development of IBD in RA patients deserves further investigation.” 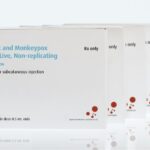