Based on the theory that relaxing the facial muscles used to express negative emotions reduces the intensity of those emotions, the researchers decided to explore the connection between BoNT injections and anxiety.

The researchers pulled over 15 million reports from the FDA adverse event reporting system (FAERS) database, all submitted between January 2004 and March 2021. The researchers excluded reports submitted by legal representatives, as well as reports of patients taking antidepressants, anxiolytics, and antipsychotics, and reports of patients who were comorbid with anxiety and related disorders. They were left with about 12.3 million reports.

The facial feedback theory may explain the results in cosmetic and migraine patients, the researchers say. For blepharospasm, BoNT may have the opposite effect. The injections target the muscles used for smiling. Relaxing those muscles widens the eyes and may therefore promote anxiety. Another theory the authors present is that the peripheral action of BoNT initiates a chain of neurochemical and neuroplastic changes that may be transmitted to remote sites within the central nervous system.

Limitations of the study include the voluntary reporting nature of the FAERS database, which renders it incomplete. Missing demographic variables, treatment doses, and medical records, and unreported life events may have also affected results. Despite these limitations, the researchers conclude BoNT shows promise as an anxiety treatment.

“The anti-anxiety effect represents an advantage over the alternative treatment options, because anxiety disorders and related symptoms are a frequent comorbidity in the respective indications,” they stated. “Though there are effective pharmacological and psychotherapeutic treatments for these disorders, there is a need for further therapeutic options and BoNT may be one of them.” 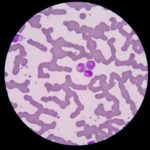 Association Between Delayed Antibiotic Administration and Risk for Septic Shock