A study published in JAMA found that the prospective registration of clinical trials is associated with publication without discrepancies in primary outcomes.

An-Wen Chan, MD, DPhil, of the Women’s College Research Institute, University of Toronto in Canada, and colleagues conducted a cohort study of all initiated clinical trial protocols approved in 2007 by the research ethics committee for the region of Helsinki and Uusimaa, Finland.

Dr Chan and colleagues found that in 113 trials, 61% were prospectively registered and 57% were published. The likelihood of trial registration was increased in trials involving drug or biologic interventions and larger sample sizes.

The investigators called for original protocols and amendments to be made publicly available so that editors, peer reviewers, and readers can readily identify changes to protocol-defined outcomes. 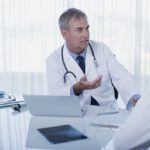 Can We Raise Awareness About Biased Healthcare Providers?