HealthDay News — According to a study to be published in the American Economic Journal: Economic Policy, precription databases can help combat drug abuse when doctors are required by law to check them before writing opioid prescriptions.

The researchers found that states that enforced a “must access” policy for prescription drug databases saw a drop in the number of Medicare recipients who got more than a 7-month supply of opioid medication in just 6 months. Also, fewer people filled a prescription before their previous supply ran out.

The effects of prescription database regulations were most notable in states with the strictest laws, including New York. New York requires doctors to check the opioid history of “every patient, every time,” the researchers said. But even less stringent state laws reduced doctor-shopping.

“The main issue is getting providers to change their prescribing behavior,” study coauthor Colleen Carey, PhD, an assistant professor of policy analysis and management at Cornell University’s College of Human Ecology in Ithaca, NY, said in a university news release. “The majority of opioids that people abuse start in the medical system as a legitimate prescription.” 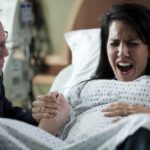