Improving humanity is at the heart of every technological breakthrough, especially innovations in medicine. In 1958, Arne Larsson became the first person to receive an implantable pacemaker, and this leap in technology has undoubtedly saved the lives of millions of Americans in the decades since. Today, about 1.5 million people in the US have pacemakers, according to pacemaker manufacturer Medtronic.

Every year, 1 to 2 million people worldwide die because they don’t have access to a pacemaker or can’t afford one. Whereas a pacemaker can restore a patient’s life expectancy, the lifespan of a pacemaker is limited by its battery life. It is not possible to recharge or replace pacemaker batteries while they are in use, so re-implantation of the entire pacemaker unit is necessary every 5 to 10 years. With a restored life expectancy, a patient will likely need several pacemakers in his or her lifetime.

The cost of a pacemaker ranges widely but is often in the tens of thousands of dollars, too expensive for people living in impoverished countries. According to Blue Cross Blue Shield of Tennessee, the price tag for pacemakers, on average, ranges from $35,000 to $45,000, plus the additional cost of implantation and associated medical costs. Other types of pacemakers cost less but are still relatively expensive for the average patient to replace and throw away every few years. Outpatient implantation with same-day discharge is about $2000 plus the pacemaker, whereas inpatient implantation can add another $60,000 to the cost of the device. In India, the cost of a pacemaker and implantation is significantly less but still infeasible for a large part of the population, especially since a pacemaker lasts for such a short time.

Even though they are powered by short-lived batteries, pacemakers themselves are quite sturdy; with a new battery, a pacemaker can function quite well a second time. Today, medical researchers are investigating the potential to recycle pacemakers for reuse in impoverished nations. As part of their “Project My Heart Your Heart,” researchers from the University of Michigan Cardiovascular Center are now examining the battery life of pacemakers removed by Michigan funeral directors. Extending the battery life would make pacemakers more cost-effective, requiring replacement for these recycled units less often. The researchers hope to gain FDA approval. The scientists would then initiate a clinical trial to determine if pacemaker recycling is safe and to develop an effective means of delivering used pacemakers to those in most need overseas.

To recycle pacemakers, specially trained funeral directors would remove the devices and, with the family’s permission, send them to an accredited institution that would sterilize and inspect the used pacemakers before shipping them overseas. With rejuvenated batteries, these devices can then last another 5 to 10 years.

Recycled Pacemakers Are Safe and Effective

A study published in the American Journal of Cardiology shows that reusing pacemakers is indeed safe and effective. Researchers from the University of Texas Health Science Center in Houston sterilized 121 permanent pacemakers (PPMs) and sent them to a charity hospital in Mumbai, India. Of these, 11 single-chamber PPMs and 42 dual-chamber PPMs were acceptable. Doctors placed these PPMs into 53 patients, 28 of whom were women. Reasons for implantation included complete heart block and sick sinus syndrome.

Postoperatively, all patients were alive and well. There were no significant complications such as infection or device failures over 19 to 1827 days of follow-up. Of the 40 patients followed by local physicians, 4 died due to causes not related to their pacemakers; the mean time of death among these patients was 430 days after implantation. All but 2 patients reported improvement in their symptoms after receiving recycled pacemakers. Only 4 of the patients were employed at the time of implantation and all 4 were able to return to work after the procedure. About 96% of female patients said they could resume household chores.

Recycled pacemakers can improve or even save millions of lives each year, especially in impoverished nations. With proper sterilization and improved battery life, physicians should no longer consider pacemakers as single-use devices but rather as a reusable resource to improve humanity at its heart. 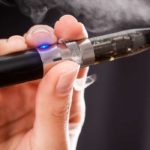