Physicians were more likely to prescribe opioids later in the day and when running behind schedule than when appointments were earlier and on-time, according to a study published in JAMA Network Open.

The aim of the cross-sectional, within-physician study was to assess the relationship of the order of appointments and relative delay in schedule with the likelihood of the physician to prescribe opioids for pain relief. Data were obtained from a claim subset and electronic health record systems from athenahealth, Inc. The rate of opioid prescribing was compared with the rate of nonsteroidal anti-inflammatory drug (NSAID) prescriptions written and physical therapy referrals. This study included primary care, outpatient office appointments involving opioid-naive patients with new painful conditions.

Limitations of this study include the potential effect of unobserved factors that could lead to an uptick in opioid prescriptions occurring later in the day; the difficulty in assessing actual time pressures experienced by individual physicians throughout the day; the fact that data on a patient’s appointment and treatment may have been incomplete; and the potential for physicians to recommend over-the-counter NSAIDs instead of writing prescriptions for them.

The researchers concluded that “increases in within-physician opioid prescribing for patients with painful conditions were associated with appointments that occurred later in the day and with appointments that were behind schedule. These results are consistent with the concept that time pressure, through multiple possible mechanisms, may influence physician decision-making.” 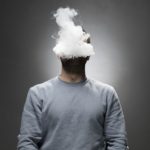