Although current regulations prohibit the public disclosure of pending New Drug Applications (NDAs) or Biologics License Applications (BLAs) by the US Food and Drug Administration (FDA) unless they have been publicly disclosed or acknowledged previously, investigators found that most information treated as confidential with regard to applications was already available to the public, and most of these disclosures occurred within one week of applications being submitted, according to a research letter published in JAMA Internal Medicine.

This letter discussed a cross-sectional study of all BLAs for new and biosimilar biological products and NDAs for new molecular entities that were submitted to the FDA from January 1, 2010 to December 31, 2016, with data collected in July 2017. Primary outcomes included application disclosures in Securities and Exchange Commission (SEC) filings, press releases, and other media. If disclosures were not found, investigators performed Google searches for disclosures in other media, such as annual reports or investor materials. Investigators also searched Pharmaprojects, a subscription-based drug development database, as part of the determination of the percentage of submissions disclosed, although this was not considered a public disclosure.

The study is limited by the underestimation of disclosure for older applications, as associated materials may no longer be Internet-accessible, as well as for newer applications that may not have been disclosed at the time of data collection. Investigators also did not review for foreign securities filings or for any other subscription databases.

Although the overall disclosure rate for BLA and NDA applications was high, investigators concluded this is not generalizable to other types of FDA applications, as these may have different rates of disclosure.

Two study authors were employed by the FDA when the manuscript was conceived, researched, and drafted. 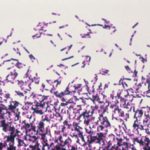