Psychotherapy may reduce the incidence and progression of alcohol-associated liver disease in individuals with alcohol use disorder, according to study findings published in Clinical Gastroenterology and Hepatology.

Researchers at Harvard University conducted a retrospective cohort study, obtaining data from 9635 patients with alcohol use disorder enrolled in the Mass General Brigham Biobank between January 2010 and August 2021.

A diagnosis of alcohol use disorder was confirmed using ICD-9 and ICD-10 codes indicating alcohol dependence or alcohol abuse. The researchers also measured alcohol consumption using a questionnaire that the patients completed once. At the time of enrollment, all patients lacked evidence of alcohol-associated liver disease.

Standard CPT-4 codes confirmed that 3544 (36.8%) of the patients received individual, family, or group psychotherapy. The researchers excluded patients who initiated psychotherapy after completing the questionnaire on alcohol consumption.

Study limitations include the retrospective design, restricted generalizability due to lack of sample diversity, gaps in data regarding alcohol consumption over time, lack of mortality data, the higher likelihood of advanced disease stages in those with alcohol-related liver disease compared with other liver diseases, and lack of accounting for psychotherapy adherence. 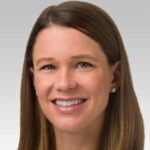 WHO Global Arborvirus Initiative: Where do Infectious Disease Providers Play a Role?