But life and symptoms continued, and I maintained a busy career as a hospital consultant, then postgraduate dean and medical director, along with a hectic social life, frequent international travel, and riding my much-adored motorcycle. I did gain a minor reputation for never running more than a few yards and always refusing to go on long walks and hikes, while tolerating intermittent gentle aerobic gym exercise and often a mile or 2 of walking during a working day.

I did tire easily, but life was very full, so I thought little of it. I started to notice that the muscle weakness became worse under physiological or psychological adrenergic stress, and that I was becoming very intolerant of fluorescent lighting: it made me jittery, provoked palpitations, and I found it difficult to concentrate, a sort of “brain fog.” Colleagues kindly became used to having meetings with me with the lights switched off.

Dental care also became problematic. I never achieved even minimal analgesia with dental lignocaine (a common problem in PP disorders), a repeated very unpleasant experience, and I would exit the surgery each time feeling very shaky, with weak legs and palpitations. I once described this to my dentist, who told me it was “classic dental anxiety.” It was only in 2016, having explained ATS to him, that my dentist removed the longstanding entry in my notes that said “very anxious, dental phobic.” He then wrote instead “NEVER use any anesthetic containing adrenaline. Lidocaine is ineffective. Any intravenous sedation for dental work must be in a hospital setting under the care of her neurologist.” Dentists and I understand each other better now.

Muscle and heart events finally came to a rather complicated head. In 2013, I had a small myocardial infarction caused by a near-total stenosis in a congenitally hypoplastic right coronary artery. I was treated with the standard basic protocol, including bisoprolol at 10 mg and ramipril at 5 mg. I had warned the cardiologist that I seem to always be very sensitive to drugs, and asked whether we could please start at small doses. He ignored me.

In passing, but that is a story for another day, he also ignored me about the atorvastatin dose, and 80 mg once a day for 13 days resulted in admission to intensive care with acute liver failure, grade 4 drug-induced liver injury, and the new provocation of autoimmune hepatitis, which remains active. The fact that since 2015 I can only tolerate a beta-blocker and angiotensin-converting enzyme inhibitor at 1/8 of the starting dose they gave me rather demonstrates the challenge with drug dosages often seen in patients with PP.

Postinfarct, the bradycardia, hypotension, and severe palpitations started. I had had mild palpitations all my adult life, but I certainly wasn’t going mention them to any doctors, as I suspected only too well what the diagnosis would probably be (as before: stress, overweight, and anxiety). Then, with a provocative background of chronic drug-induced bradycardia, 45-55 beats per minute, the acute dysrhythmias started, and I had multiple emergency admissions in 2014 with very symptomatic acute polymorphic atrial tachycardias, ventricular bigeminy, bizarre multimorphic ventricular ectopy, and intermittent prolonged QT interval, all superimposed on intermittent severe bradycardia with sinus pauses.

Each admission I had a temporary hypokalemia (3.2-3.8 mEq/L, with my usual level in past years always more than 4.0 mEq/L). This hypokalemia was ignored and untreated each time, with the potassium level each time returning spontaneously to normal.

During the first admission, I also had acutely weak legs. No one asked me any more questions about this or carried out a neurological examination. I was told the weakness was “anxiety.” The palpitations and significant electrocardiogram changes I was told were, of course, caused by “acute anxiety and cardiac neurosis.” So many doctors told me to eat more bananas (for the potassium) that it became far beyond any joke. After the tenth or so time, I promised myself I would tell the next doctor where exactly he or she could place said bananas. Slightly to my disappointment, no doctor has mentioned fruit to me since.

During the second rhythm admission, my legs became almost completely paralyzed, such that when I got out of bed to go home after enforced bed rest for 48 hours, I collapsed to the floor each time I tried to stand. I won’t recount the details of the neglect and abuse I received from the ward staff during the next 30 minutes. They clearly assumed that I had Munchausen syndrome, and again, no one did a neurological examination, or indeed any clinical examination or investigation. (In retrospect, a blood potassium and baseline electrogradiogram might have been helpful.)

I was then formally discharged, stuffed in a wheelchair, and put to bed in a single room on an empty ward far away. The nurse told me I could go home when I was “psychologically ready,” and she exited, slamming the door shut. Luckily, my partner was with me, and we somehow got me home 6 hours later. The paralysis lasted 12 hours, and I could barely walk for the next 3 days because of persistent muscle weakness.

Later the same week, I spent a day refreshing my neuromuscular knowledge on the Internet. I reached the diagnosis of genetic, primary, hypokalemic PP, possibly ATS. I then asked my excellent family doctor for help. He was highly sceptical about my autodiagnosis, but kindly arranged for all appropriate blood and urine tests to exclude causes of secondary hypokalemia. All were normal. I then started self-medicating with oral potassium, up to 40 MEq daily at that time. This was helpful, often improving the palpitations and muscle weakness.

I would love to be able to say that my journey to diagnostic confirmation was then a cakewalk, but it wasn’t. It included my being asked to leave a consultation when I politely challenged a professor who told me angrily that my autodiagnosis was “dangerous rubbish” because PP was always diagnosed in the first weeks of life (not true); that it always provoked dense quadriplegia (not true); that my potassium level of 3.2 during an attack was far too high, it’s always below 2.0 in PP (not true); and of course, I didn’t have it because there was always a positive family history (not true, even 30% of the PP genetic mutations are considered to be spontaneous). It was obvious I instead had acute intermittent porphyria, according to this professor.

A renowned PP expert refused to give me any useful help until my genetic results were available, despite having confirmed in writing the clinical diagnosis of ATS PP. (Genetic analysis often takes many months, sometimes years). Another neuromuscular specialist then told me that ATS without a mutation in the KCNJ2 gene does not exist, so there was nothing wrong with me, despite my diagnostically abnormal long-exercise Fournier-protocol electromyogram results, a test he had requested. Also, 2 cardiologists told me ATS was impossible because I did not have electrogradiogram-proven ventricular tachycardia, and on and on. It was a very trying and tiring 12 months.

But in the summer of 2015, I struck very lucky. I went to see 2 international experts, a neurologist in Germany and a genetic cardiologist in London. Those consultations were like the thunderclouds clearing, after 50 years of being ignored, and by my own profession. They both confirmed that I had ATS with hypokalemic/normokalemic PP, and they gave me detailed and life-transforming practical advice. And they have been kind enough to continue to advise me by email when I need a very specialist opinion. 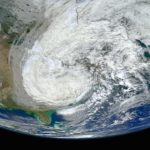