The use of prenatal vitamin D supplementation alone has no effect on the 6-year incidence of asthma and recurrent wheeze in children considered to be at risk, according to the results of a follow-up study1 of the randomized double-blind placebo-controlled Vitamin D Antenatal Asthma Reduction Trial (VDAART; ClinicalTrials.gov Identifier: NCT00920621).2 Results of the follow-up analysis were published in The New England Journal of Medicine.

Investigators sought to determine whether daily prenatal supplementation with 4400 IU of vitamin D3, with maternal levels of 25-hydroxyvitamin D taken into consideration, would be associated with decreased rates of asthma in children aged 6 years. In VDAART, children were evaluated through 3 years of age. The researchers’ aim for the present analysis was to establish whether earlier findings from VDAART with respect to the effect of vitamin D supplementation would carry over to the sixth birthday of the children from VDAART who were currently being evaluated. Women between 18 and 39 years of age were recruited from 3 US clinical sites: Boston Medical Center in Massachusetts; Washington University at St. Louis in Missouri; and Kaiser Permanente Southern California Region in San Diego.

The primary outcome of the study was an extension of the results from VDAART — that is, asthma, recurrent wheeze, or both. Secondary study outcomes included active asthma, parental report of a physician’s diagnosis of allergic rhinitis or eczema, allergen sensitization, total immunoglobulin E (IgE) levels, lung function measures, and lower respiratory tract infections.

No effect of maternal vitamin D supplementation on asthma or recurrent wheeze was reported in either an intention-to-treat analysis or an analysis with stratification based on maternal 25-hydroxyvitamin D levels during pregnancy. In addition, the researchers found that prenatal vitamin D supplementation did not affect most of the prespecified secondary outcomes. Finally, no effects of prenatal supplementation with vitamin D were shown on spirometry indices. A very small effect on airway resistance as measured by impulse oscillometry was demonstrated; however, its significance was uncertain. 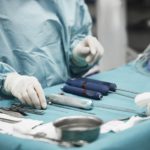