Pregnancy in patients with pulmonary arterial hypertension (PAH) presents risks to the patient and to the fetus, yet healthcare providers commonly lack time or have varying practice patterns to address said risks, according to a recent study published in Pulmonary Circulation.

Responses from a survey about current practices of clinicians regarding counseling of intimacy, contraception, and pregnancy prevention in patients with PAH were collected and compared between physicians and allied health care providers (AHCPs). Primary outcomes included how often the topics of intimacy, contraception, and pregnancy prevention were addressed in each practice.

The survey had a 15.6% response rate, with 43 physicians and 62 AHCPs responding. Between the 2 groups, the frequency of pregnancy avoidance discussion differed dramatically. Of AHCPs, 34% responded that they discussed pregnancy avoidance “at every visit” and 32% responded that they discussed the topic “a few times a year” vs 47% of physicians who reported that the highest frequency was “a few times a year” followed by “random intervals when I remember or whenever the patient bring it up” (26%). Frequency for discussing intimacy was more similar between groups, with “at random intervals when I remember or when the patient brings it up” having the highest response rate for each group (44% AHCP vs 51% physicians).

The study authors wrote, “The relatively high percentages of pregnancies that were intentional or due to contraceptive noncompliance may indicate that patients either have a poor understanding of the risks or have not come to terms with the implications of PAH on reproductive health.”

They also noted a need for standardized practices, adding, “Protocols regarding pregnancy avoidance and PAH should be developed, similar to ‘identifying patients at risk for falls’ or ‘assessing for pain,’ which are all now considered standard procedure for most practices.” 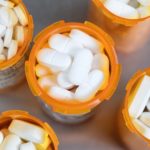