Risk factors for exposure to bullying during childhood include mental health vulnerabilities, such as pre-existing depression or attention-deficit/hyperactivity disorder (ADHD), according to study findings published in JAMA Psychiatry.

Tabea Schoeler, PhD, of the Division of Psychology and Language Sciences, Department of Clinical, Educational, and Health Psychology, University College London, London, United Kingdom, and colleagues used a polygenic score approach to identify risk factors associated with bullying. They computed 35 polygenic scores for a variety of mental health vulnerabilities and traits related to cognition, personality, and such physical measures as body mass index (BMI). They drew on data from the Avon Longitudinal Study of Parents and Children and identified 5028 genotyped individuals with data on exposure to bullying. Children completed the Bullying and Friendship Interview Schedule at age 8, 10, and 13 years.

Of interest, investigators noted that a number of other genetic proxies were not associated with exposure to bullying, including bipolar disorder, autism, obsessive-compulsive disorder, neuroticism, and physical features other than BMI, such as height. They further observed that the findings implicate genetic vulnerability to mental health problems, primarily externalizing symptoms and traits, such as ADHD and risk-taking, and internalizing symptoms, such as depression.

The investigators suggested that addressing pre-existing vulnerabilities in individuals at risk for bullying may help prevent repeated exposure. They acknowledged, however, that a clearer understanding of how these vulnerabilities are associated with being bullied is necessary in order to formulate prevention strategies. 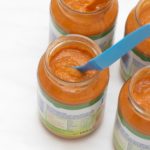