Research conducted by the Pelvic Floor Disorders Network, an initiative funded by the National Institutes of Health, has revealed that the long-term success rates of a surgery to treat pelvic organ prolapse are lower than expected. Nearly one-third of women develop anatomic or symptomatic treatment failure within five years of undergoing sacrocolpopexy for pelvic organ prolapse, according to a study published in the May 15 issue of JAMA.

“Each year, 225,000 women in the United States undergo surgery for pelvic organ prolapse, but little is known about long-term surgical outcomes,” says Ingrid Nygaard, M.D., a urogynecologist and pelvic reconstructive surgeon at the University of Utah and first author on the study. “As our population ages, more and more women are going to be affected by pelvic organ prolapse, so it’s critical to know whether these surgeries are effective.”

Pelvic organ prolapse (POP) is a condition where the muscles and ligaments supporting a woman’s pelvic organs stretch or weaken, causing these organs to slip out of place. Although POP can involve any pelvic organ, the most common organ affected is the bladder. POP is most often linked to childbirth, but can also develop after hysterectomy and tends to get worse with age. Common symptoms of POP include a feeling of pressure or fullness in the vagina and bladder- or bowel-related problems. There are no medications to treat POP, though many women gain relief by wearing a pessary, a silastic ring or cube that holds the bulge up, in the vagina. An estimated 7 percent to 19 percent of women undergo some type of surgical repair in their lifetime.

Abdominal sacrocolpopexy is considered to be the gold standard of surgical treatment for POP, and it involves placing a mesh via an abdominal approach to hold the vagina in its correct anatomical position. Nygaard and her colleagues in the Pelvic Floor Disorders Network (PFDN) studied women who underwent sacrocolpopexy for a period of seven years following surgery. Approximately half of these women also underwent another surgical procedure at the same time to prevent incontinence, which is a common complication after POP surgery. The researchers found that nearly one-third of women experience a recurrence of POP, either on examination or by reported symptoms, within five years of surgery.

“We were surprised to find that treatment failure rates after sacrocolpopexy were as high as they were,” says Nygaard. “But, it’s important to note that the failure rate depends on how failure is defined. In our study, few women had repeat surgery, even if they had symptoms related to POP.”

“Women who undergo sacrocolpopexy need to be educated about symptoms, such as bleeding, discharge or pain, which may be warning signs of mesh erosion so they can seek help,” says Nygaard. “Our findings also highlight the importance of improving our understanding of the natural history of POP, as well as developing methods to prevent POP progression if diagnosed in its early stages.”

A multidisciplinary team of researchers at the University of Utah, including physicians, biomechanical engineers, exercise scientists, biostatisticians, nurses, and physical therapists, is currently conducting research on preventing early POP. The PFDN is also performing a study to examine long-term outcomes for vaginal surgeries to treat POP. Nygaard and two of her University of Utah colleagues, Peggy Norton, M.D., professor of obstetrics and gynecology, and M.D., Yvonne Hsu, assistant professor of obstetrics and gynecology, are participating in this study, which includes 68 women from Utah. Nygaard anticipates that this new study, in combination with the current study, will provide valuable information on what surgery can and cannot accomplish in the treatment of POP.

“The direct cost of POP surgeries each year is over $1 billion,” says Nygaard. “Continued research will help both physicians and patients understand the potential benefits and limitations of different surgical treatment options.” 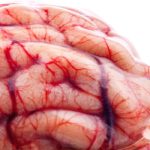