Overlapping surgery is not significantly associated with differences in the rates of in-hospital mortality or postoperative complications in adults undergoing common surgeries, according to the results of a study published in JAMA.

Eric Sun, MD, PhD, of the department of anesthesiology, perioperative and pain medicine and the department of health research and policy, Stanford University School of Medicine in California, and colleagues, conducted a retrospective cohort study of 66,430 surgeries in patients between the age of 18 and 90 between January 1, 2010 and May 31, 2018. Overlapping surgery was defined as ≥2 operations performed by the same surgeon in which the start of one procedure overlapped the timing of the end of another procedure. Trainees or non-physicians often perform the less complicated portions of a procedure, whereas the primary surgeon moves between cases to perform the critical parts of the surgery.

There has been concern that overlapping surgery may put patients at increased risk for adverse consequences, including increased mortality. Although previous studies have not found an association between overlapping surgery and patient outcomes, these studies were limited by the outcomes from a single institution and a focus on narrow sets of procedures. The current study included patients who underwent total knee or hip arthroplasty, spinal surgery, coronary bypass graft, and/or craniotomy at 8 different surgical centers. The primary outcomes were surgery duration and in-hospital mortality or complications, including major complications such as thromboembolic events, pneumonia, sepsis, stroke, or myocardial infarction and minor complications such as urinary tract or surgical site infection.

The investigators argued that the results of this study strengthen the evidence suggesting that overlapping surgery is a reasonable practice, although the increased duration of surgery may increase costs associated with anesthesiology and the operating room.

Among the study limitations were the limited set of operations performed in high-volume medical centers, the failure to include pediatric patients, and the exclusion of combination surgeries such as combined lumbar/thoracic spine surgery, in which overlapping surgery may increase the risk for adverse consequences. Also, follow-up beyond discharge was not possible. 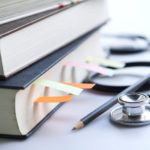 Dos and Don’ts: Caring for Patients With Rare Diseases