Drug spending in the United States has increased dramatically in the past 6 years, according to a study recently published in JAMA Network Open. Price increases occur annually or twice annually. This underscores the need for transparency in pricing, as well as decisive political action if the problem is to be controlled.

This study included 49 of the most popular (more than $500 million in US sales, $1 billion in global sales) US brand-name medications, for which pharmacy claims data from 2012 to 2017 were collected from the Blue Cross Blue Shield Axis. This database offers over 35 million individuals’ pharmaceutical insurance data. The primary outcome of this study was the patient’s or insurer’s median insurance and out-of-pocket costs for prescriptions. A 2-sided t-test was used to examine the correlation between therapeutic equivalents and relative price changes, while a Spearman rank correlation was used to calculate correlation in relative price changes between all drug pairs from month to month.

Among the top-selling 49 drugs, cost increases were nearly ubiquitous; 48 (98%) drugs increased in price annually or biannually. Between January 2012 and December 2017, the median cost increase was 76%, or 9.8% compounded annually. Among the 36 drugs available since 2012, 78% (n=28) have increased by more than 50% in out-of-pocket and insurer costs, while the price of 35% (n=17) has increased by more than 100%. Harvoni, with a median cost-per-prescription of $30,920 at the end of 2017, was the only drug to show a decrease in cost over time (no more than 1% per year). Tumor necrosis inhibitors such as Humira and Enbrel, as well as various brands of insulin including Humalog, Lantus, and Novolog displayed price increases that correlated tightly and with one another. These products also represented some of the most significant price increases.

The relative price of drugs entering the market within the past 3-6 years (n=13) did not differ significantly from those on the market longer (n=36; median 29% increase between 2015 and 2017; P =.81). The same was true for drugs with (n=17; median 79%) vs without (n=32; median 73%; P =.21) FDA-approved therapeutic equivalents. Third-party estimates of drug price changes showed a significant association with changes in prices paid (ρ =0.55; P =.000038), which indicates that the current system of rebates contributes to higher costs.

One limitation to this study was a lack of accounting for rebates or their effect on drug prices.

The study researchers conclude that “[the] costs of brand-name drugs have risen substantially in the past 6 years, with regular increases occurring 1 to 2 times per year. With so few exceptions to this norm, costs will likely continue to rise unless bold actions are taken.” 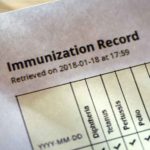