Study data suggest that the majority of opioid prescribing is attributable to a small proportion of practitioners, according to results published in the BMJ. In 2017, the top 1% of prescribers accounted for more than a quarter of all opioid prescriptions. However, among the bottom 99% of prescribers, greater compliance with Centers for Disease Control and Prevention opioid prescribing guidelines was observed. As such, investigators recommended that intervention efforts to reduce opioid overprescribing target the highest-dispensing subgroup of clinicians.

Investigators abstracted opioid prescribing data from the Optum Clinformatics Data Mart Database, which comprises deidentified claims from a private insurer for the years 2003 to 2017. Prescribing data included medication type, quantity, length of supply, and date of transaction. Patient- and provider-level data were also extracted, including diagnosis and physician specialty. Two quantities were calculated for each drug and year by provider: dose and number of prescriptions. Daily dose, dose per patient, and dose for each prescription were also calculated. Opioid doses were standardized to morphine milligram equivalents (MMEs), using National Drug Code data. To estimate distributions of overprescribing, providers, patients, and provider-patient pairs were siloed into 100 groups of equal size. Groups were then stratified by centiles of the volume of opioid prescriptions; the top centile (1%) was compared with the median centile (50%). Sensitivity analyses were performed to test the robustness of results against a high prevalence of low-prescribing clinicians, miscoding or extreme overprescribing outliers, and certain overrepresented opioid subsets. In all cases, outcomes remained the same.

Investigators noted that many prescriber-patient pairs in the top centile overlapped in adjacent years, suggesting established relationships. As such, longer durations of opioid prescriptions may have fallen within the natural course of care for long-term patients. In addition, family medicine and anesthesiology, which are specialties overrepresented in the top centile, require additional training on opioid prescribing. Even so, opioid overprescribing trends were overwhelmingly driven by a small subgroup of clinicians for whom targeted interventions may be appropriate. 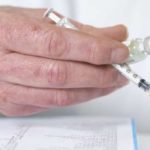