Unsolicited notices to prescribers as part of prescription drug monitoring programs (PDMPs) may not effectively reduce opioid use, as patients may seek other prescribers, according to a study published in Pain Medicine.

Patients who were likely to misuse controlled substances including opioids (ie, obtained monitored substances from ≥4 prescribers and ≥4 state pharmacies in the previous 6 months) were identified using PDMPs prescription databases between August 2012 and October 2013, were assigned to an intervention group in which prescribers were notified of a patient’s history of controlled substance prescriptions (n=436) or a no-notification group (n=441).

“Even though we found a small positive effect of notification on prescribers, patients’ skill in finding new prescribers swamped the positive effects of notification,” noted the study authors. “[I]f the logistical, policy, and legal issues surrounding mandatory checks [of PDMPs] can be resolved, this practice is likely to be the best use of PDMPs, and more effective than time-consuming unsolicited notification, in preventing prescription drug misuse,” they concluded. 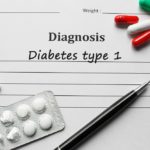