According to the results of a recent review, the efficacy of nicotine replacement therapy (NRT) in achieving long-term smoking cessation varies based on NRT delivery method, dosage, and timing of initiation.

In order to evaluate the safety and efficacy of various NRT regimens, study authors searched for randomized trials that compared 2 types of NRT in patients motivated to quit. Studies were excluded if they did not evaluate cessation as an outcome, had a follow-up of <6 months, or if they had additional intervention components that were not matched between treatment groups.

A total of 63 trials with 41,509 patients were included in the study. Of the total trials, 24 were considered to be at high risk of bias, however, as the authors noted, restricting the analysis to studies with low or unclear risk of bias only did not alter the results significantly.

“There is high‐certainty evidence that using combination NRT versus single‐form NRT, and 4mg versus 2mg nicotine gum, can increase the chances of successfully stopping smoking,” the study authors reported. Long-term quit rates were significantly higher in patients who utilized an NRT combination consisting of a fast-acting form plus the patch compared to a single form of NRT (risk ratio [RR]: 1.25; 95% CI: 1.15, 1.36; high-certainty evidence; 14 studies with 11,356 patients; I2 = 4%).

Results of the study also showed similar quit rates in patients who utilized a fast-acting form of NRT (i.e., gum, lozenge) vs those who used nicotine patches (RR 0.90, 95% CI 0.77 to 1.05, high‐certainty evidence; 8 studies with 3319 participants; I2 = 0%). Moderate-certainty evidence concluded that initiating NRT before quitting may increase quit rates compared to initiating therapy from the quit date only.

With regard to safety, the authors reported that the “evidence for the comparative safety and tolerability of different types of NRT use is of low and very low certainty.” Because of this, they suggested that new studies measure and report adverse events, serious adverse events, as well as withdrawals. 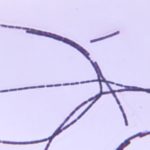