Cirrhosis and chronic liver disease are endemic in the veteran population. These conditions — often associated with alcohol and substance use or obesity — can be exacerbated by posttraumatic stress disorder (PTSD). In turn, PTSD is often linked with greater mortality from chronic liver disease. A recent study published in the American Journal of Physiology-Gastrointestinal and Liver Physiology sought to define links between gut microbiota and cognition in veterans with cirrhosis and PTSD. In the study, 93 combat-exposed male veterans underwent cognitive testing, inhibitory control testing, and stool analysis to help researchers understand the connection between the gut microbiome and how its functionality can be altered when coupled with PTSD.

The researchers prospectively enrolled outpatient veterans diagnosed with cirrhosis. Participants who had engaged in illicit drug or alcohol abuse within the previous 3 months; had been diagnosed with bipolar disorder, seizures, or schizophrenia; or who had been prescribed absorbable antibiotics in the previous 3 months were excluded from the study.

All 93 participants had been diagnosed with cirrhosis, and 29 with both cirrhosis and PTSD. During the course of the study, they underwent cognitive testing, which included an inhibitory control test, psychometric hepatic encephalopathy score, and block design test. Researchers also conducted microbiota analyses in which samples of the participants’ stool were analyzed and scored using a Shannon diversity index.

Findings showed that cognitive impairment of veterans with both cirrhosis and PTSD was more severe than for those without PTSD, and that these results were seen in tandem with a reduced microbial diversity. This indicates that changes in the microbiome are linked with cognitive dysfunction in veterans with cirrhosis.

Despite current efforts, the researchers argue that many veterans with PTSD have difficulty maintaining employment and that accompanying liver disease worsens this difficulty. They posit that the findings linking liver disease and PTSD in combination with altered gut microbiota represent an avenue for future research on the gut-brain axis. The authors of the study acknowledge that their work was limited by a small sample size that included only male veterans whose PTSD was combat related. Thus, they suggest that additional research on the subject is needed. 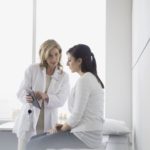