Most “risk calculators” used by clinicians to gauge a patient’s chances of suffering a heart attack and guide treatment decisions appear to significantly overestimate the likelihood of a heart attack, according to results of a study by investigators at Johns Hopkins and other institutions.

Physicians commonly use standardized risk assessment systems, or algorithms, to decide whether someone needs care with daily aspirin and cholesterol-lowering drugs or just watchful waiting and follow-up exams. These algorithms calculate heart attack probability using a combination of factors, such as gender, age, smoking history, cholesterol levels, blood pressure, and diabetes, among others.

The new findings, reported February 17 in Annals of Internal Medicine, suggest 4 out of 5 widely used clinical calculators considerably overrate risk, including the most recent one unveiled in 2013 by the American Heart Association and the American College of Cardiology amid controversy about its predictive accuracy.

The results of the study, the research team says, underscore the perils of over-reliance on standardized algorithms and highlight the importance of individualized risk assessment that includes additional variables, such as other medical conditions, family history of early heart disease, level of physical activity, and the presence and amount of calcium buildup in the heart’s vessels.

“Our results reveal a lack of predictive accuracy in risk calculators and highlight an urgent need to reexamine and fine-tune our existing risk assessment techniques,” says senior investigator Michael Blaha, MD, MPH, director of clinical research at the Johns Hopkins Ciccarone Center for the Prevention of Heart Disease.

“The take-home message here is that as important as guidelines are, they are just a blueprint, a starting point for a conversation between patient and physician about the risks and benefits of different treatments or preventive strategies,” Blaha adds. In addition to patient safety, risk overestimation has important public health and economic ramifications, the investigators say.

“For example, cholesterol-lowering medicines, while clearly cost-effective in high-risk patients, are less so among low-risk patients,” says lead author Andrew Paul DeFilippis, MD, MSc, assistant professor of medicine at the University of Louisville and adjunct assistant professor of medicine at the Johns Hopkins Ciccarone Center for the Prevention of Heart Disease. “Therefore, overestimation of risk could lead to more health care spending, less health gain, and unnecessary exposure to drug side effects.”

Prevention and treatment decisions are straightforward in some people, but many have borderline risk scores that leave them and their clinicians in a gray zone of uncertainty regarding therapy. Under the American Heart Association’s most recent guidelines, people who face a 7.5% risk of suffering a heart attack within 10 years are urged to consider preventive therapy with a cholesterol-lowering medication. Risk overestimation could be particularly problematic for those with marginal risk scores estimates, because it can put a person with a relatively low-risk profile into the “consider treatment” group. This is why patients with such borderline scores could benefit from further risk assessment with tests like CT scans that visualize the degree of calcification in the arteries of the heart.

“Additional testing could be a much-needed tiebreaker in the all-too-common ‘to treat or not to treat’ dilemmas,” says study co-author Roger Blumenthal, MD, professor of medicine and director of the Johns Hopkins Ciccarone Center for the Prevention of Heart Disease. “Such testing should be considered in all patients with marginal risk scores—those in whom the decision to treat with long-term statin and aspirin remains unclear.”

The new findings stem from an ongoing study known as the Multi-Ethnic Study of Atherosclerosis, or MESA, following some 7000 men and women nationwide, ages 45 to 84, from different ethnic backgrounds without preexisting cardiovascular disease.

To check the accuracy of each of 5 risk calculators, the investigators compared the number of predicted versus actual heart attacks and strokes among a group of more than 4200 MESA participants, ages 50 to 74, followed over a decade. All people involved in the research were free of cardiovascular symptoms at the beginning of the study and had no history of heart attacks and strokes. Four out of 5 risk scores analyzed in the study overestimated risk by anywhere from 37% to 154% in men and 8% to 67% in women.

The new American Heart Association calculator overestimated risk by 86% in men and by 67% in women. In the group with a predicted risk score between 7.5% and 10%—the threshold at which initiation of statin is recommended—the actual rate of heart attacks and strokes was only 3% in men and 5% in women, well below the risk level at which statins should be considered.

The least-flawed prediction of heart attack risk was generated by the Reynolds risk score, which overestimated risk among men by only 9%, but underestimated it by 21% among women. In addition to age, gender, smoking, diabetes, cholesterol, and blood pressure, the Reynolds score includes family history of early heart disease.

While not the subject of the current study, the researchers say the overestimation of risk likely stems from the fact that calculators, including the newest one, use risk reference data obtained decades ago, when more people were having heart attacks and strokes.

“The less-than-ideal predictive accuracy of these calculators may be a manifestation of the changing face of heart disease,” Blaha says. “Cardiac risk profiles have evolved in recent years with fewer people smoking, more people having early preventive treatment and fewer people having heart attacks or having them at an older age.”

The Reynolds risk equation, for example, was based on data from a more recent group of patients compared with other calculators, which may explain its superior accuracy, the researchers say.

“Our next step is to explore the impact of multiple cardiovascular risk factors on risk score accuracy,” DeFilippis says. “Such an analysis will generate important insights about which factors need to be recalibrated and what new variables should be considered as we develop new risk scores for today’s patients.”

Atherosclerotic heart disease, or atherosclerosis—a condition marked by the buildup of fatty plaque and calcium deposits inside the major blood vessels—is the main cause of heart attacks and strokes, claiming the lives of some 380,000 people in the US each year.

Related on the Web:

Absence of Calcium Buildup in the Arteries Spells Low Risk for Heart Disease, Stroke Over 10 Years

The above story is reprinted from materials provided by Johns Hopkins Medicine via Newswise. 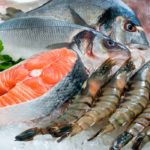