Mobilization with movement in addition to standard care for patients with symptomatic knee osteoarthritis (OA) may provide long-term benefits in disability, pain, functional activities, and patient satisfaction, according to study results published in Clinical Rehabilitation.

The aim of the study was to assess the long-term benefits of mobilization with movement and standard care on disability, pain, and function in patients with knee OA. The primary outcome was the Western Ontario McMaster University OA index score, which was used to assess disability. Secondary outcomes included visual analog scale that was used to assess pain intensity over 24 hours and during sit to stand and functional outcomes, including the Timed Up and Go test, the 12-step stair test, and knee range of motion.

Significant differences were recorded in all variables except knee mobility in favor of patients receiving mobilization with movement and standard care compared with those receiving standard care alone. Mobilization with movement had a significant effect on the Western Ontario McMaster University OA index score at both 3 months (mean difference, 13.6 points, 95% CI, 9.3-17.9 points) and 6 months (mean difference, 7.4 points, 95% CI, 4.5-10.3 points). At all timepoints, the intervention was associated with a greater improvement in knee pain score, pain score for sit to stand, and patient satisfaction.

On the other hand, there was no difference between the 2 groups in terms of functional mobility, as measured by the Timed Up and Go test and the 12-step test immediately after the intervention. However, significantly greater improvements favoring mobilization with movement were observed at 3 and 6 months follow-up.

The study had several limitations, including the small sample size, lack of a control group receiving no treatment or placebo, no objective data on adherence to the recommended protocol, and heterogeneity in the population in terms of unilateral and bilateral knee OA.

“Six sessions of mobilisation with movement combined with exercise over [2] weeks improved disability, functional activities and pain at [6] months in people [with] symptomatic knee [OA],” the researchers concluded. 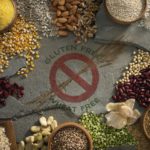