New research suggests that people without dementia who begin reporting memory issues may be more likely to develop dementia later, even if they currently have no clinical signs. The study is published in the September 24, 2014 online issue of Neurology, the medical journal of the American Academy of Neurology.

“What’s notable about our study is the time it took for this transition to dementia or clinical impairment to occur—about 12 years for dementia and nine years for clinical impairment—after the memory complaints began,” said study author Richard J. Kryscio, PhD from the University of Kentucky in Lexington. “These findings suggest that there may be a window for intervention before a diagnosable problem shows up.”

For the study, 531 people with an average age of 73 and free of dementia were asked yearly if they noticed any changes in their memory. They were also given annual memory and thinking tests for an average of 10 years. After death, 243 of the participants’ brains were examined for evidence of Alzheimer’s disease.

A total of 56% of the participants reported changes in their memory, at an average age of 82. The study found that people who reported memory complaints were nearly 3 times more likely to develop memory and thinking problems. About 1 in 6 participants developed dementia during the study, and 80% of those first reported memory changes.

“Our study adds strong evidence to the idea that memory complaints are common among older adults and are sometimes indicators of future memory and thinking problems. Doctors should not minimize these complaints and should take them seriously,” said Kryscio. “However, memory complaints are not a cause for immediate alarm since impairment could be many years away. And, unfortunately, we do not yet have preventive therapies for Alzheimer’s disease and other illnesses that cause memory problems.”

To learn more about dementia, please visit http://www.aan.com/patients. The American Academy of Neurology, an association of 28,000 neurologists and neuroscience professionals, is dedicated to promoting the highest quality patient-centered neurologic care.

The above story is reprinted from materials provided by the American Academy of Neurology, via Newswise. 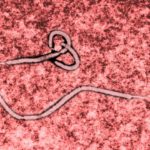