Prenatal exposure to n-butyl paraben (nBuP) is associated with early overweight development in girls, according to epidemiologic and translational study results published in Nature Communications.

Parabens are frequently included as preservatives in cosmetic products and toiletries because of their antimicrobial and antifungal properties. However, parabens interfere with the endocrine system and may be associated with obesity in children. Using data obtained from 629 mother-child pairs in the German LINA (Lifestyle and Environmental Factors and Their Influence on Newborns Allergy Risk) prospective birth cohort, the researchers aimed to determine whether maternal exposure to parabens during pregnancy is a risk factor for childhood overweight development.

Urine concentrations of 8 paraben species were measured at 34 weeks’ gestation by liquid chromatography-mass spectrometry. Use of cosmetic products during pregnancy was assessed by self-administered questionnaire. Cosmetics were categorized as leave-on or rinse-off products and evaluated for paraben content using a commercially available search mobile application. Only the use of leave-on products (such as creams, body lotions, makeup, or facial cleansers) was used for comparison with urine measurements due to their high exposure time and body coverage area.

Prenatal paraben exposure did not increase the risk for macrosomia, but exposure to butyl parabens (nBuP and i-butyl paraben) was associated with increased risk for overweight in early to middle childhood (age 2-8 years; P <.05 for both species). Compared with children with low (first tertile) prenatal exposure, children with high (third tertile) levels of exposure to butyl parabens exhibited early evidence of increased body mass index values. This trend was more pronounced in girls than in boys.

A human mesenchymal stem cell differentiation assay was employed to elucidate the mechanism by which nBuP contributed to overweight development. Adipocyte differentiation was unaffected by paraben exposure and no difference in expression of transcription factors was observed following exposure to nBuP. Androgen, progesterone, and glucocorticoid receptors were not activated by nBuP. However, leptin (LEP) expression was significantly decreased in adipocytes following nBuP treatment across a wide range of concentrations (0.5-10 µM; P <.01 for all). This decrease in expression correlated with decreased secretion of leptin into the supernatant as well, which was particularly pronounced at 10-µM concentrations (P <.05).

A pregnant mouse model was used to investigate whether the association between paraben exposure and childhood overweight development was causal. As seen in human children, female mouse offspring with prenatal exposure to nBuP weighed more than unexposed offspring by approximately 3 g (P =5.3×10-9). No difference in weight gain was observed in male offspring.

The study authors concluded that the results of this epidemiologic and translational study “strongly suggest that prenatal exposure to nBuP increases overweight development in the offspring.” Their use of a mouse model allowed them to provide a mechanistic explanation for the association they observed, which indicated that the effect of paraben exposure on weight gain “is mediated by an epigenetic enhancer modification leading to an altered expression of pomc, which plays a crucial role in controlling the neuronal regulation of food intake.”

Given the association between prenatal paraben exposure and weight gain observed in both humans and mice, the researchers noted that the results of the study “call attention to the great significance of environmental exposures during pregnancy for the disease susceptibility in later life.” 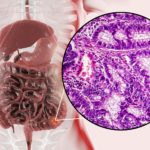